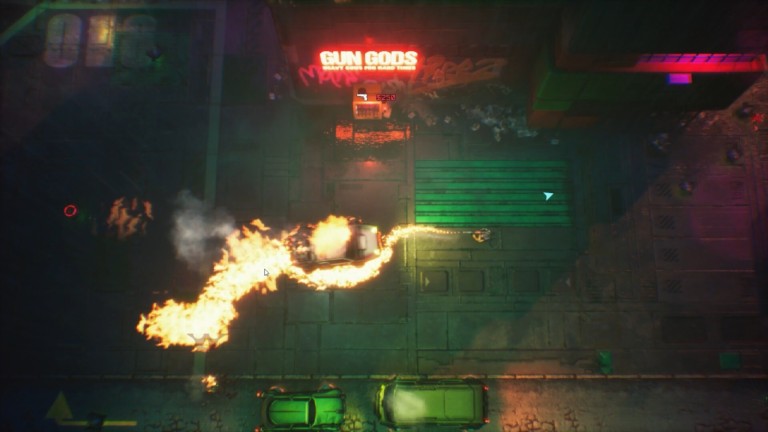 It’s impossible to overstate how influential the Grand Theft Auto franchise has had on gaming as a whole. At least, that’s the case for Grand Theft Auto III onwards. It’s easy to forget that before becoming a franchise of colossal open worlds filled to the brim with pop culture satire, GTA began its life as a clunky but fun top-down action game, spawning a sequel that offered similar gameplay but with more options.

Well, the folks at Dark Lord haven’t forgotten. In fact, they’ve taken the gameplay of Grand Theft Auto 2 and given it a massive coat of neon paint. The question is, is this truly a blast from the past? 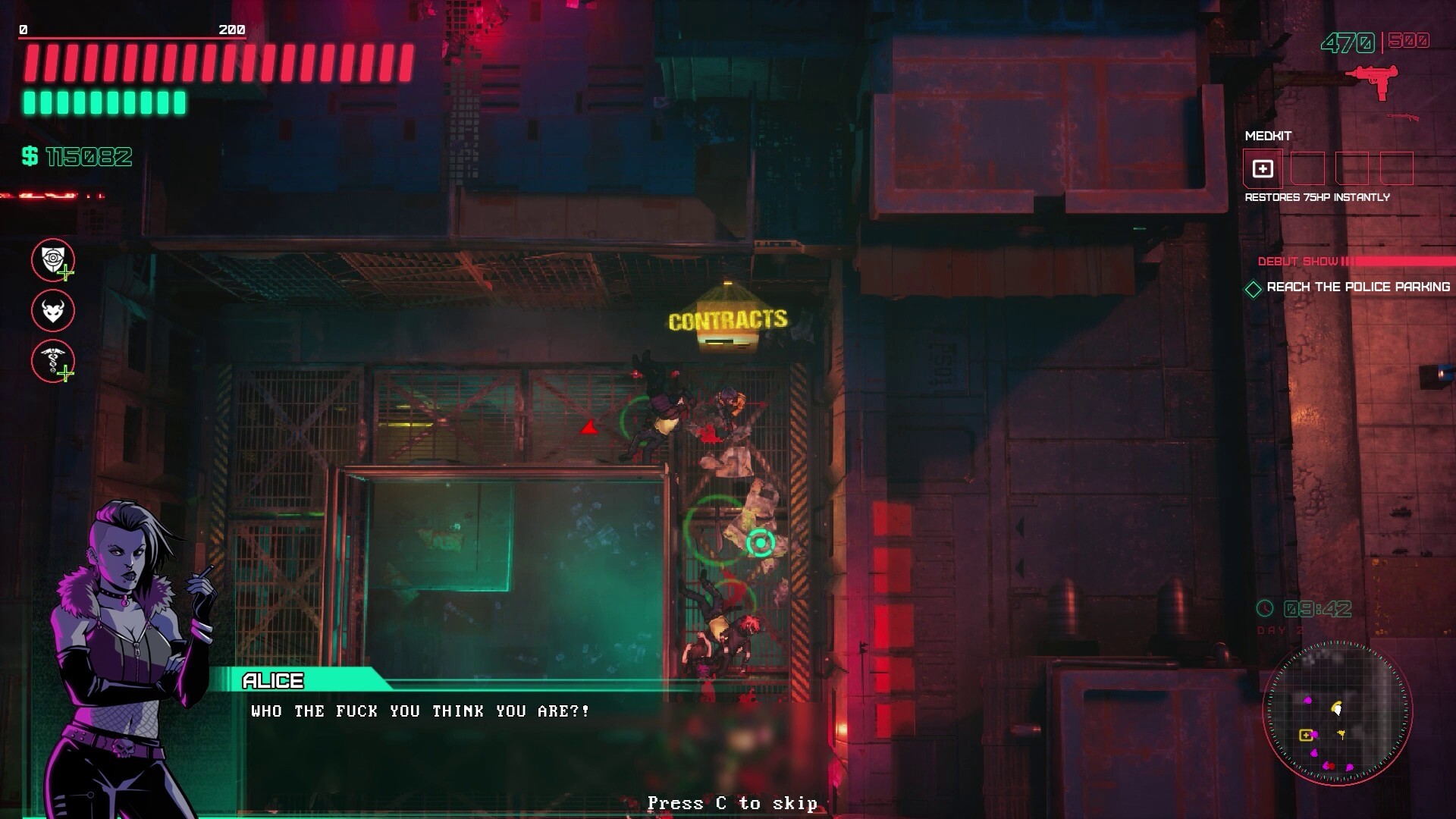 As a nameless android freshly arrived in a new dystopian city, your goals are simple: hire yourself out as a mercenary in order to survive. There’s plenty of ways to achieve these goals, but chances are pretty likely that they’re going to involve blowing something up.

Glitchpunk drops you right into the thick of things and tells you to have fun however you please. At the time of writing, the game provides one of a four proposed cities to explore, which comes with three factions that you can work for. 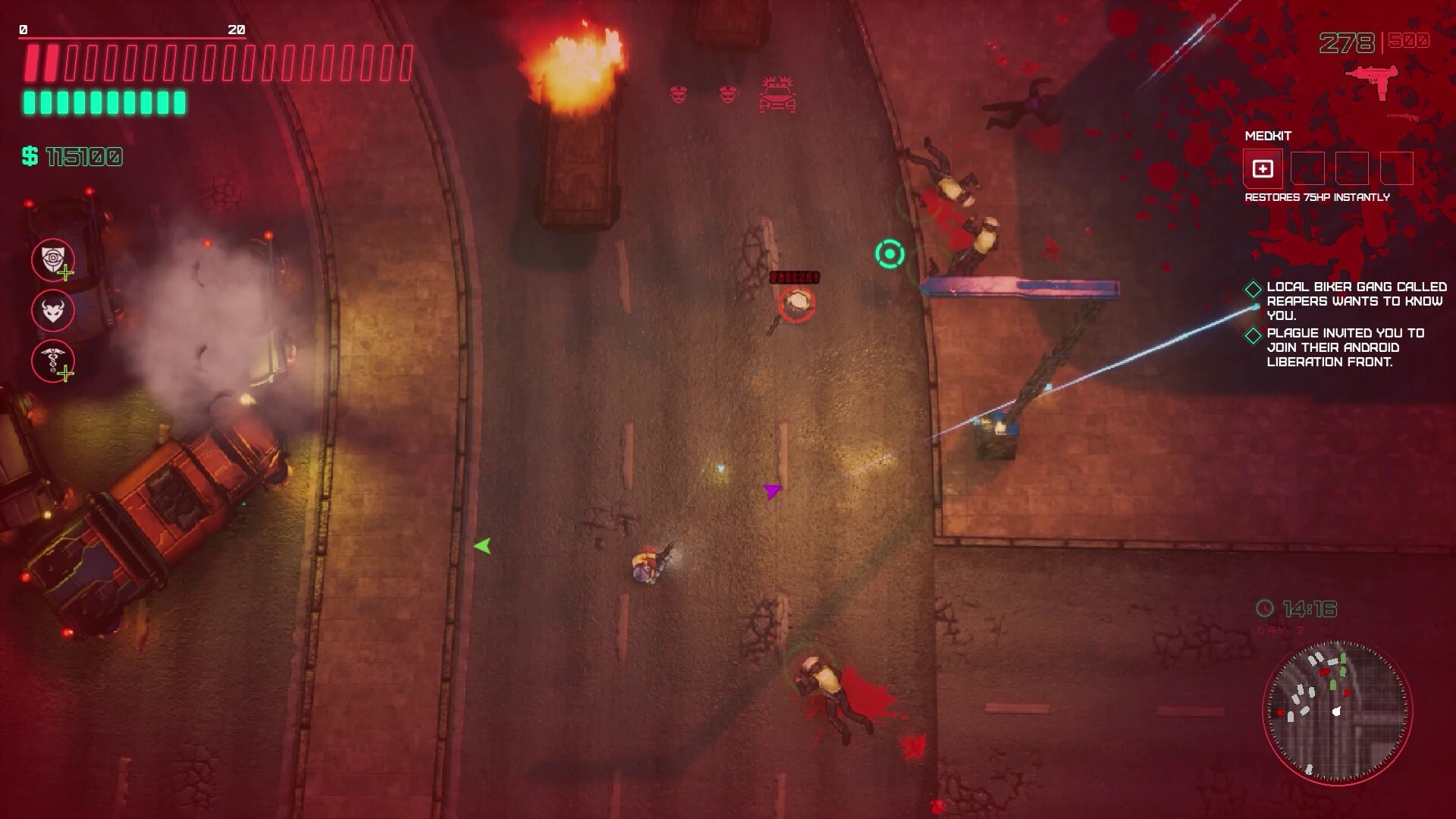 The factions each come with a different cyberpunk-flavored theme (as opposed to the mobsters of its predecessor), and you’re free initially to take missions from them as you please. However, things soon escalate to inter-gang warfare, and missions for one group will inevitably have you stepping on the toes of another. Make one mad enough and not only will you lose the ability to do missions for them, but they’ll even start actively attacking you.

There are also plenty of side activities to take on, the most fun being the rampage challenges that give you unlimited ammo and a limited time to do as much damage as possible. And of course, if you get tired of the core gameplay loop, you’re welcome to go on whatever killing spree among the hapless citizens you like. 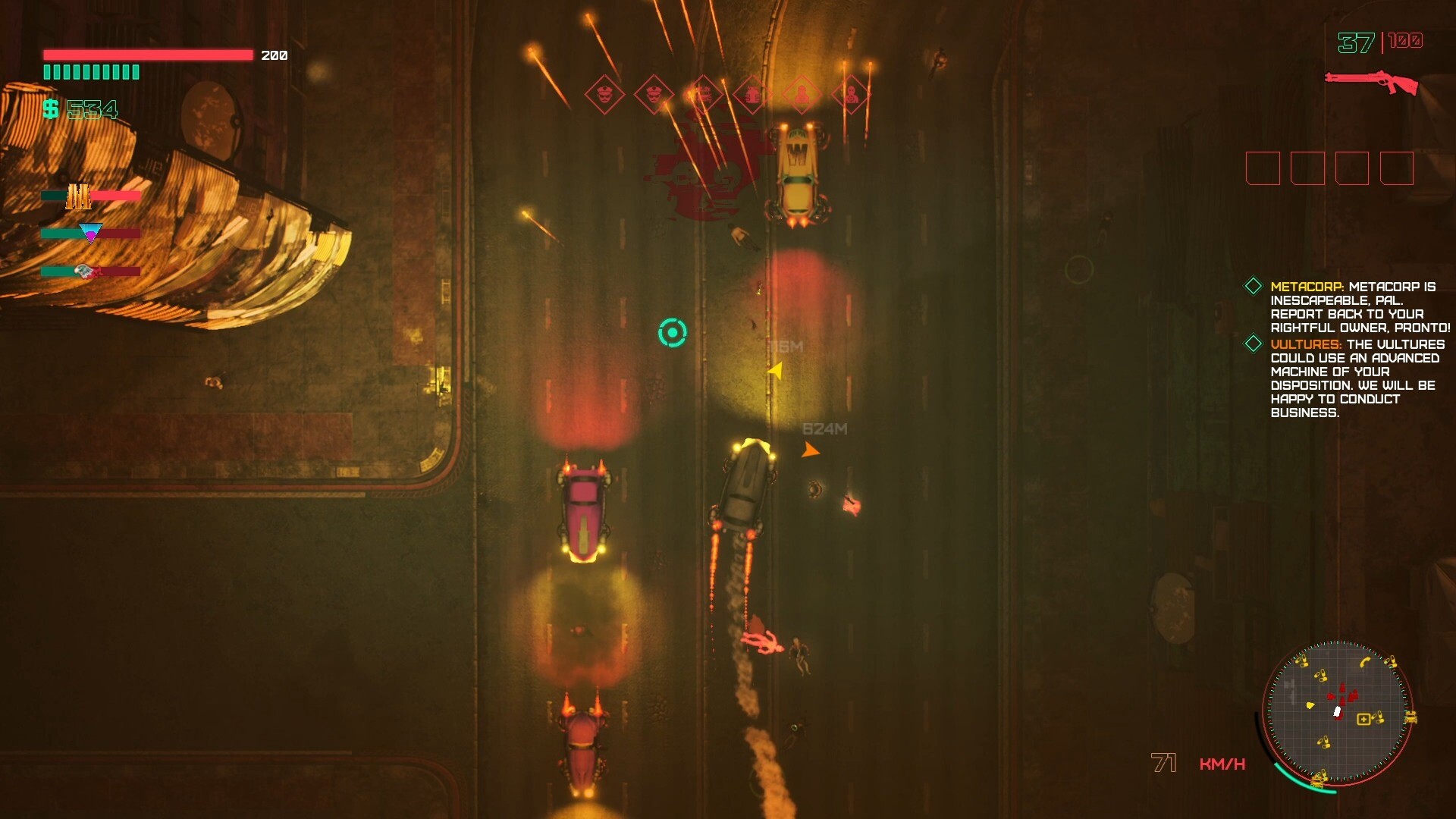 If any of this sounds familiar, it’s because the game wears its love for GTA2 on its sleeve. The top-down perspective, the driving, the hidden weapons strewn about the map…it’s all there.

However, its adherence to the design of its forebear is also its greatest weakness. Plenty of aspects of GTA2 have not aged well. The way the controls are mapped by default is very unintuitive, the driving remains as much of a pain as it ever was (there’s theoretically an option to change this, but it didn’t work during my trial period), and you still get obliterated in seconds if the police catch up to you. 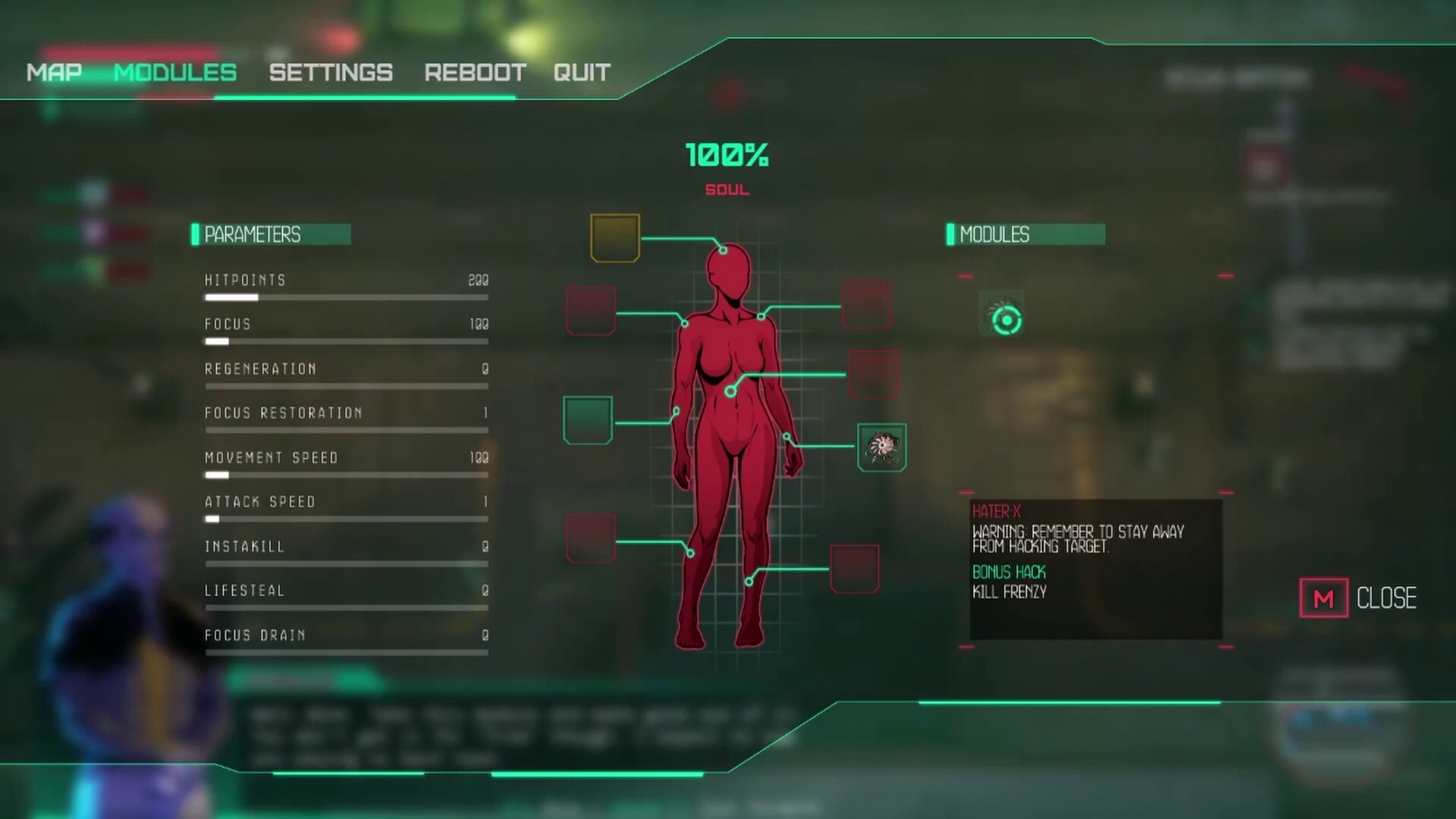 These flaws especially stick out like a sore thumb against the undeniable amount of polish that’s gone into Glitchpunk’s visuals and audio, which are fantastic. There’re even some fun new mechanics, like cybernetic upgrades for your character. This is undercut somewhat, however, by the number of bugs and issues present in the game. At the time of this preview, there’s even a known issue causing people’s CPUs to run incredibly hot when certain settings are turned up.

Right now, Glitchpunk is a gorgeous but buggy experience that seems content to echo GTA2 as opposed to innovating on it. There’s plenty of mindless fun to be had here, and I do think many of its issues can be worked out during its Early Access period. However, unless you’re a diehard fan of PS1-era GTA, best to wait and see how this one pans out in the long run.

Watch the trailer for Glitchpunk below: 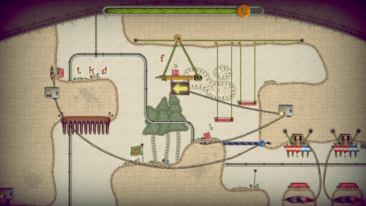