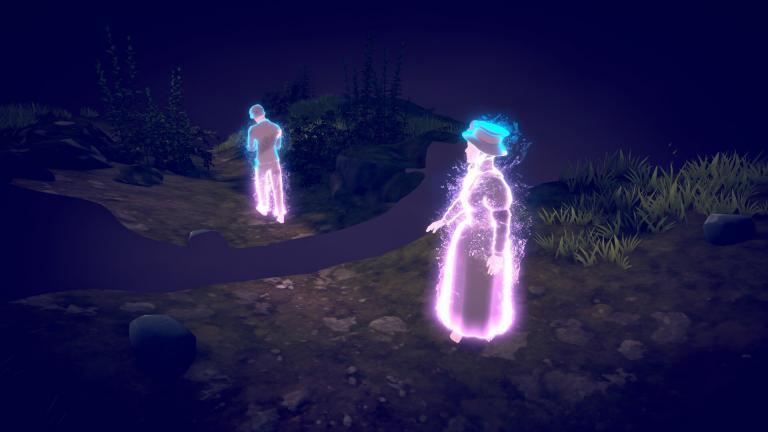 Game Name: Ghost on the Shore

Ghost on the Shore is a first-person narrative, point-and-click exploration game. It explores themes such as life and death and relationships.

You play as Riley, a young woman who has sailed away on a journey of exploration. She runs into a huge storm during the opening credits, which does a great job of evoking a feeling of panic and fear. Riley hears a voice in her head, giving her directions on how to safely make it to land in the raging storm.

This is how the game introduces Josh, the ghost in Riley’s head. Riley manages to make landfall in the Rogue Islands, beautiful but deserted. Riley explores the island and gradually discovers more about Josh, the islands, and herself in the process.

The Rogue Islands are just important as characters as Riley or Josh. The setting is a beautifully designed, moody,low-poly world with some lovely hand-written and drawn artwork to supplement. Riley explores all three islands, and it’s like walking through a beautiful painting. The score deftly stays out of the way, helping to set the mood or build tension; otherwise, only the waves on the beach, the wind in the trees, and the singing of birds are heard.

Visual and audio cues signal when Riley encounters the supernatural entity. Josh and Riley build a rapport as she explores the islands, investigating the ruined remains where the inhabitants lived before they mysteriously left. Pointing and clicking on highlighted objects unlocks their secrets, and Riley keeps a journal where she sketches, writes, and includes letters, clippings, and cassette tapes. All of these gradually unlock the secrets of the islands.

Riley’s interactions with Josh largely rely on what you choose to say to him. There are four different endings to this game, and your relationship with Josh determines which story unfolds. I am excited to play through the game again and see how my choices impact the story differently. There are numerous achievements to unlock so you can compare your progress on subsequent playthroughs or with other players.

There are also other ghostly inhabitants of the islands with which Riley can interact. I appreciated the level of effort that went into the voice acting. The performances are natural, unforced, and believable. My relationship with Josh grew very gradually. I could even tell him to shut up and leave me alone for a while! The more you engage with Josh and learn about his past, the more you learn about the mystery of the deserted islands and the more you learn about Riley.

Things That Go Bump in the Night

There were slight issues with the timeline: A character would talk about something I hadn’t yet encountered in the game. The game is more or less linear, but sometimes, I found the sequence of objects to be explored unclear, though in most cases any confusion was eventually resolved.

There were also some slight performance issues I had to troubleshoot in order to play effectively. Everyone has different hardware, but the default settings were all maximized, and I had difficulty with playability. Once I reduced the resolution, it was much smoother, and I didn’t feel it detracted from the visual appeal of the game.

Ghost on the Shore is an immersive and emotional experience. The focus on atmosphere and relationship-building really builds a story and an experience that feels real. When the final mystery was revealed at the end of my game, I actually had goosebumps and felt a chill down my spine. It has stayed with me, and I am eager to play again and see what different outcomes will come from new decisions. Like Charlie created something really special with Ghost on the Shore, and I look forward to their future projects.

Ghost on the Shore is available via Steam.

Watch the official trailer for Ghost on the Shore below: 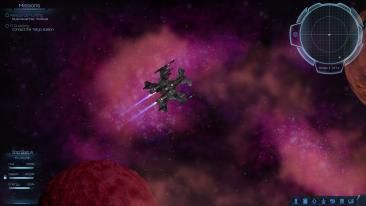 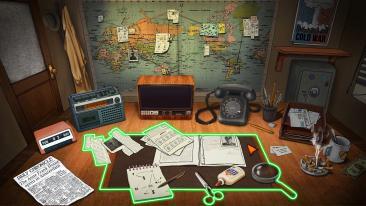