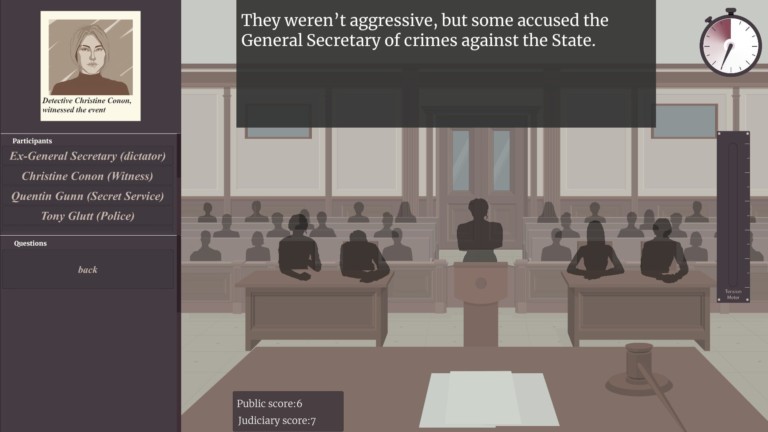 Femida joins the likes of Papers, Please and Headliner: NoviNews in that it simulates both bureaucracy (in this case the criminal justice system) and public perception in a small, politically troubled state.

As a trial simulator set in an unnamed nation that recently went through a bloody revolution, it’s got tons of potential for exploring themes of politics, law and order, crime and vigilantism and all the messy ways they interact with each other.

And it tries. But due to a number of flaws – largely though not exclusively related to the game’s writing and editing – Femida is more frustrating than thought-provoking. 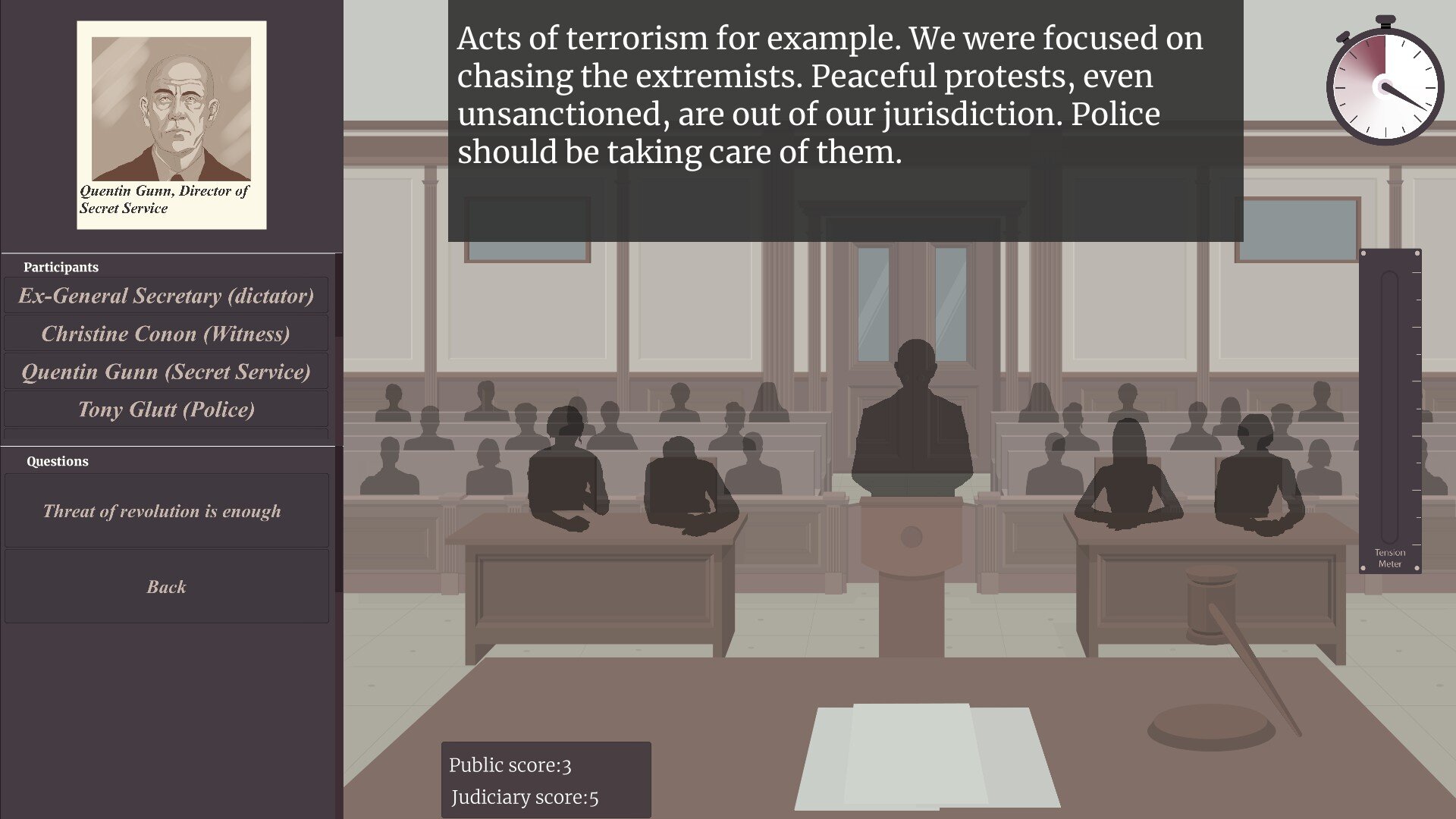 For starters, there are plot inconsistencies. Your character is a newly appointed judge, picked through a lottery system. While this largely makes sense within the context of Femida’s post-revolution setting – the lottery system is meant to fill public positions without giving favor to friends and family of either the former or current government – the fact that your very first trial involves the newly deposed dictator is something of a stretch in terms of credibility.

Femida is also full of wild inconsistencies in tone – dry in one spot, almost comedic in another – to the point of distraction.

By far the most distracting element, though, is how poorly edited the game’s text is. While the preamble to each court case is usually well-written, the cases themselves involve a multi-layered branch of questions and answers with various witnesses.

Beyond the fact that they’re riddled with typographical, spelling and grammar errors, the choices and responses can range from complete sentences to random, nearly incomprehensible fragments. It’s beyond a need for proofreading; it feels incomplete, like some sections are finished and others are just bullet points on an outline that were never fully fleshed out. 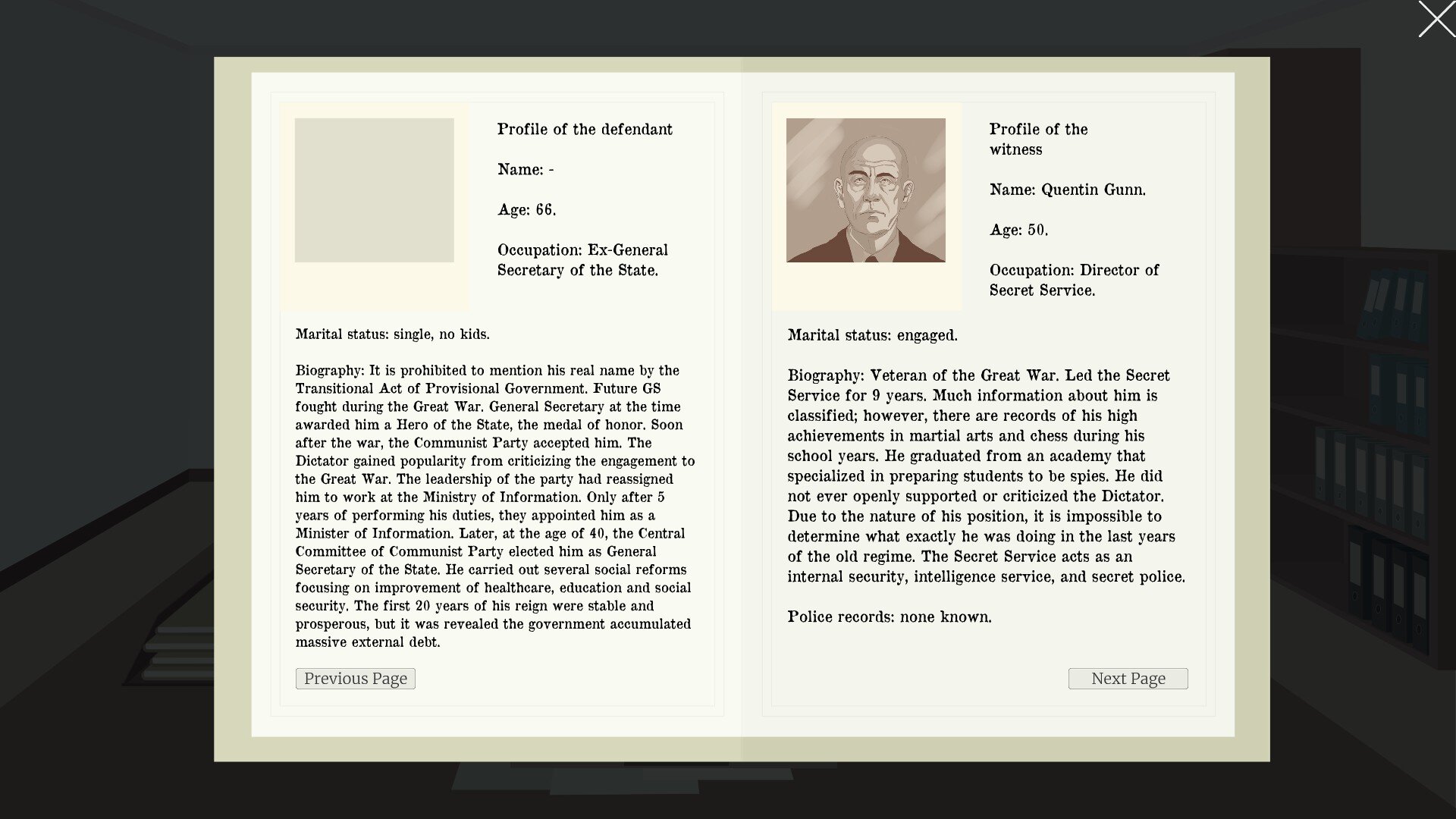 Bang the Gavel, Bang Your Head

While the writing issues are the game’s most obvious problems, there are others, as well. Your performance as a judge – and in Femida, judges seem to also have some duties more typically assigned to police departments, like ordering investigations of specific people – hinges partly on what regulations you flout and where you overstep your bounds.

This could lead to some fascinating moral quandaries…if only you had an idea of what the regulations actually were. Instead, you’re left to guess, and the game scores you after each trial and pre-trial phase. If it were that acceptable to just kind of wing it, I’d imagine a lot of law students would have a much easier time passing the Bar.

There’s also a gavel-banging mechanic which requires you to wield your little wooden-justice hammer when the courtroom crowd gets too rowdy, based on a bar that slowly fills.

It’s kind of a fun, silly addition to a game that’s largely text-based, except that it’s easy to ignore that bar, and if it fills all the way up, you’re stuck replaying the whole trial. It would have been so much better if there were also an auditory cue, like a building crowd noise, to serve as an additional indicator. 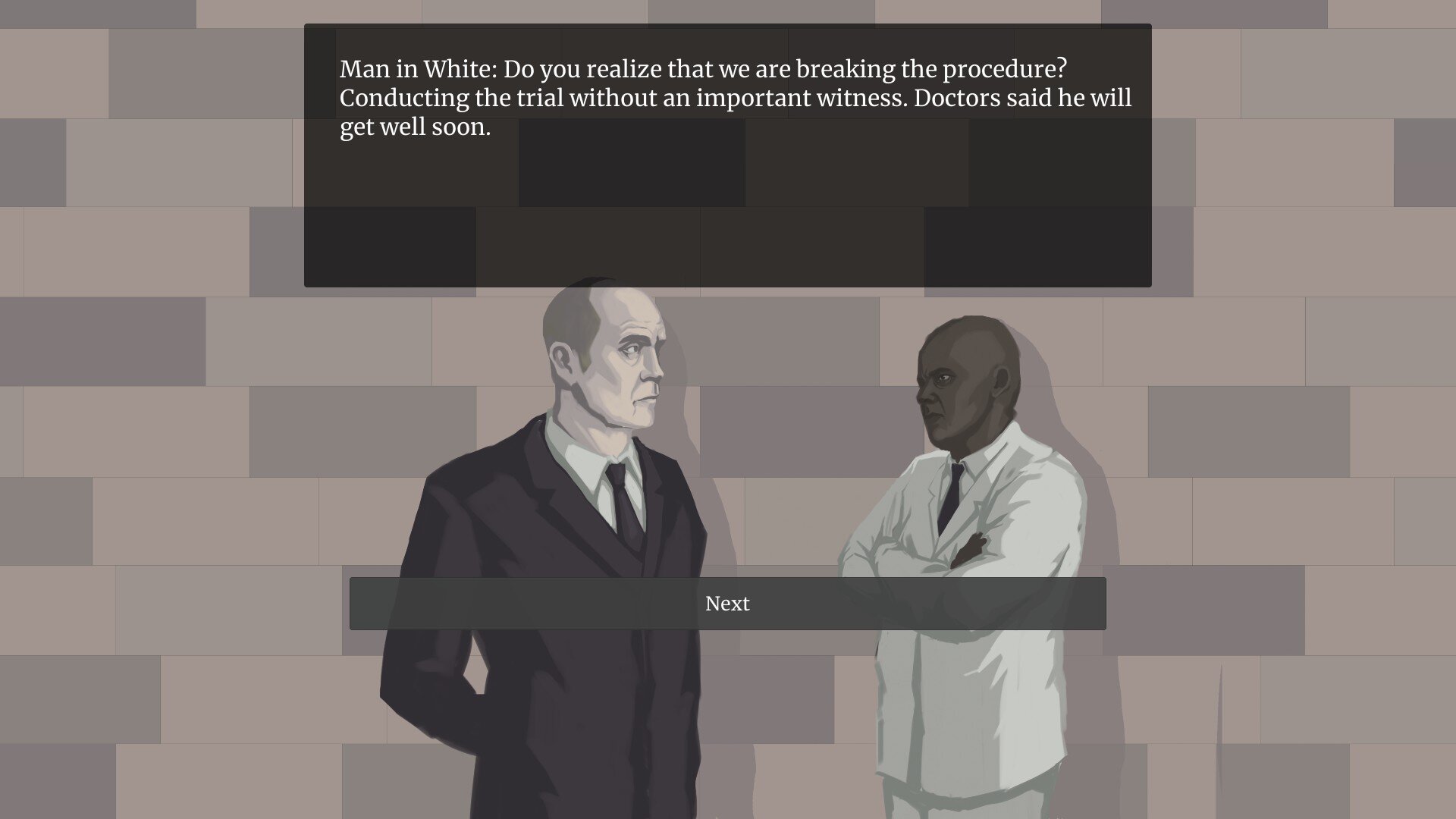 It’s such an intriguing concept, and Femida could have been a fascinating video game take on the Law and Order formula.

It’s got that “ripped from the headlines” flavor, despite its intentionally generic setting, with cases ranging from political corruption and organized crime to pedophilia and crimes of passion. With its loose, expanded version of judicial powers, it also covers both sides of the criminal justice system: the investigation and the prosecution.

It’s even got a similar soundtrack – one of the game’s few high points – jazzy and minimal and darkly dramatic to the point of verging on camp.

But for a game almost entirely comprised of text-based mechanics, it fails the readability test, and even the most compelling elements of its evolving narrative are a brutal slog to read through. Without at least a few more swipes from a professional editor, Femida is impossible to recommend.

Femida is available via Steam.

Watch the official Femida trailer below: 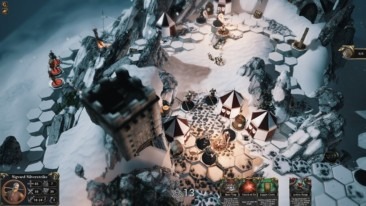 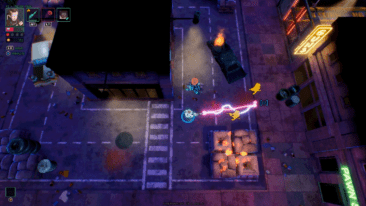 HyperParasite Review – Grind to Find the Host with the Most