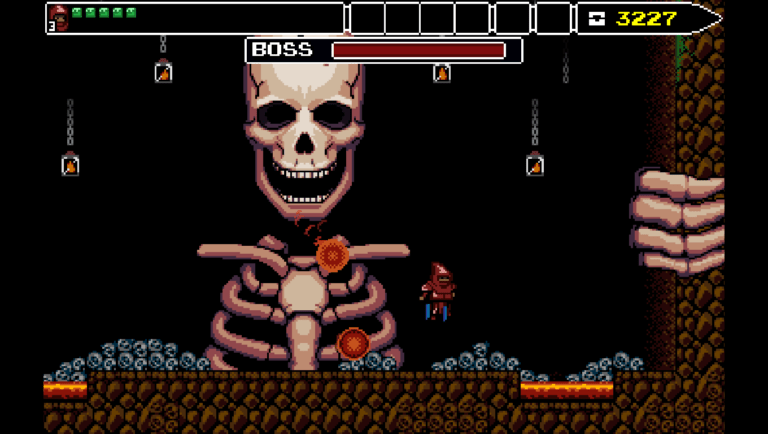 From this initial set-up, the narrative sounds generic – which it is – but it did remind me a lot of sparse narratives contained within classic Nintendo games. 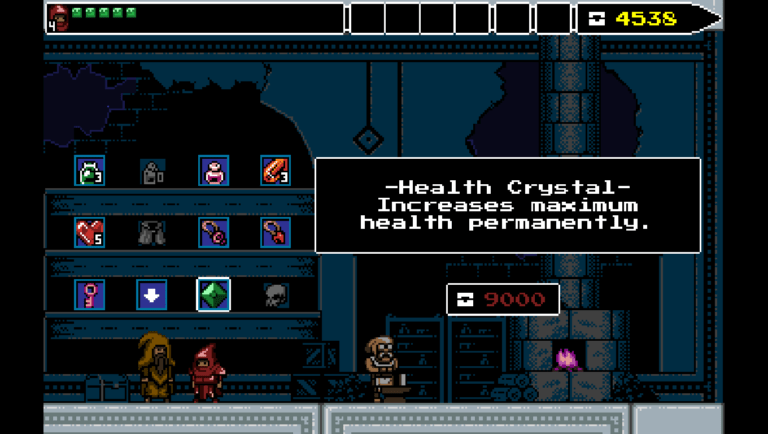 The Nintendo game influence became even more apparent when I started playing the game. From its simplistic controls to its overall structure, it’s a nice homage to it all.

I mention simplistic controls, but there is a lot design-wise that makes it feel a bit grander. There are plenty of secrets to find; hidden collectibles that expand the world’s lore; items and skills to use; and upgrades to permanently increase health and weapon power. There is a lot that makes the whole experience feel fleshed out.

The game’s level design really shines. The levels from the onset feel like your standard 2D platformer, but there is a lot of complexity here to keep things fresh, like simple but satisfying puzzles and challenging but not frustrating platforming sequences. My favorite has to be the shortcuts the game includes in levels to make it easier to get to a boss or when replaying levels entirely. Levels don’t feel like copies of each other or rely too heavily on mechanics. Each one feels unique.

The game also has some Metroidvania elements where items or unlockable skills are needed to get past obstacles to reach certain areas. All of these elements combine to make levels fun and rewarding to explore. Everblade has some of the best-designed levels of a 2D platformer I’ve played in a while.

Combat is fairly simple, but some abilities mix things up, like a charged attack, throwing daggers, and various skills to unlock. It can be tough at times since the Everblade is basically like a knife with its short range, but once you get better at spacing and timing, it’s no issue at all.

Jumping feels great in this game. It gives you just enough air control to jump on the tiniest of platforms. I also like that it doesn’t feel too floaty or too stiff. It’s really polished, making the tougher platforming sections less frustrating.

Since the game draws inspiration from old-school Nintendo games, Everblade isn’t easy. It’s not insanely difficult but challenging enough to make you play smarter and attentively. Bosses for example are tough and required that I learn their patterns while picking the right moments to strike. Thankfully the game has ways of mitigating frustration with health potions and mid-level checkpoints in case you die, so those turned off by insanely difficult games don’t have to worry.

I did have some quirks with the game. For one, sometimes ladders and climbable walls were hard to make out from the backgrounds. I also encountered a glitch where I got stuck in a lava pit during the first boss. There are small issues and honestly the only ones I had with Everblade, and it’s stuff that can easily be patched. In fact, while in the process of reviewing this game, I did see the developers patch the game, so they are actively listening to issues within the Steam forums, which is always good to see. 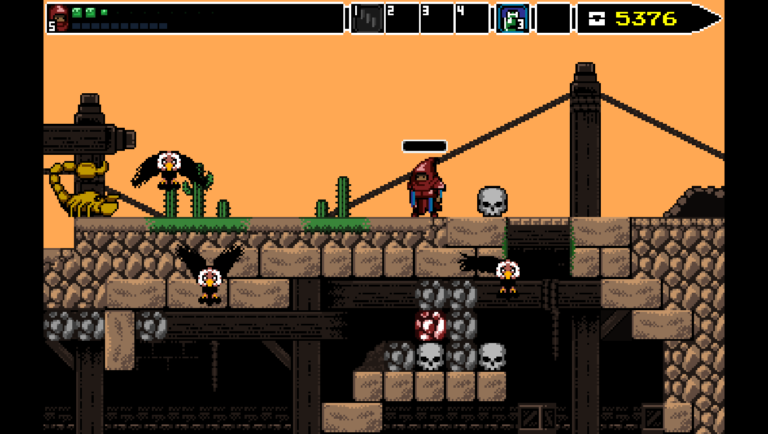 16 Bits and an Eternal Sword

I must mention how the game nails its art style. It looks and sounds like an older 16-bit game. Its sound effects are crisp but have that low-fi chunky sound that just feels “classic.” Music is also composed to reflect this with plenty of nicely composed chiptunes to set mood. One of my favorite tracks was in a cemetery level that reminded me of something from a Castlevania game. Its sound fits this game’s whole vibe like a glove.

The art style is also superbly crafted. Environments have plenty of subtle details here and there, from piles of skulls to crowded bookshelves in the background. Enemies and platforms pop out nicely from the backgrounds to keep things from feeling confusing.

You know, it’s hard to find a lot wrong with Everblade. It nails what it’s going for really well. It makes for a really fun game with plenty of interesting levels and nice aesthetics. While it doesn’t reinvent the wheel when it comes to 2D platformers, it does however create a well-crafted and fun experience. I wholeheartedly recommend this game to those looking to scratch that old-school game itch.

Everblade is available via Steam.

Check out the official trailer for Everblade below: 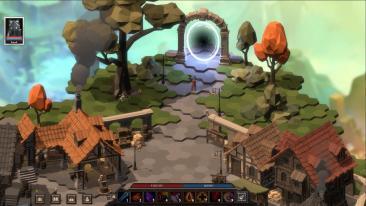 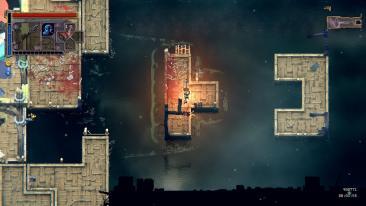