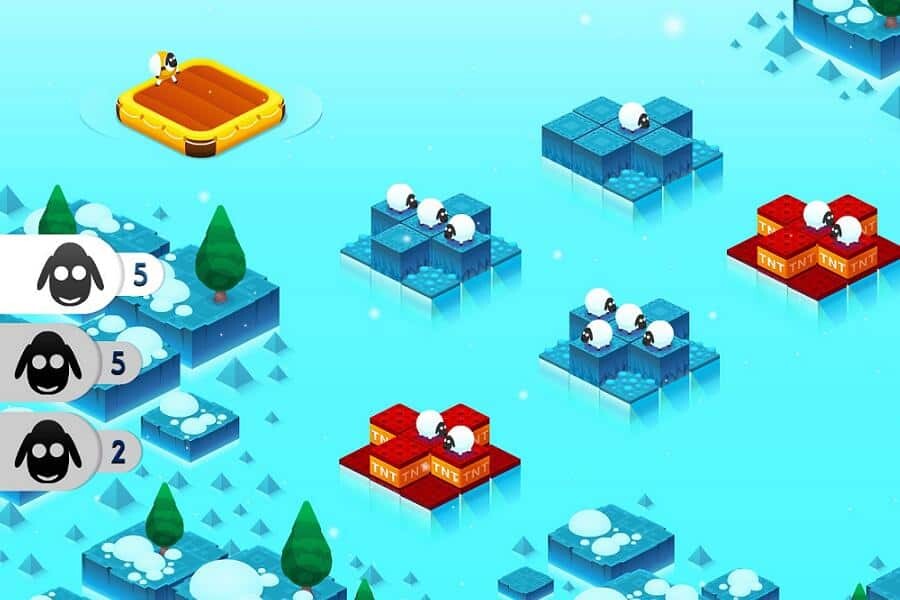 Divide By Sheep – What We Think:

The Grim Reaper is lonely. So goes the simple but bemusing story that establishes the world of Divide by Sheep. The Grim Reaper is lonely and he has decided to provide himself with some woolly company in the form of sheep. The trouble is that the sheep need to be dead in order to entertain the Reaper, and so he unleashes a great flood to usher his new ovine companions along the path to meet him.

Divide by Sheep is a puzzle game about saving as many sheep as possible from the aforementioned flood. You’ll also be tasked with saving wolves and pigs, but the objective remains the same: bring a specified number of animals to a life raft in order to spare them from the flood. Each level provides three rafts each with its own requirements to be filled before it will depart. 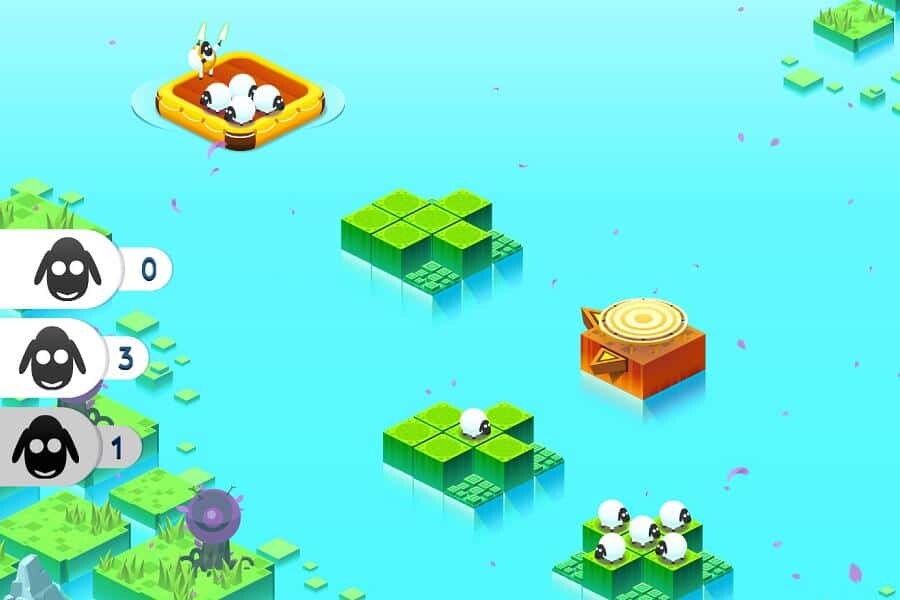 The animals are spread across numerous islands and they can be ordered to leap, en masse, to neighboring islands. Using this method, you must send the correct number of animals to the island adjacent to the raft and send them over. The tricky part of this goal is that you must provide exactly the correct number of animals demanded by the raft. If five sheep are needed, then the raft will not depart until at least five board it, and if as much as one additional animal boards then the raft will sink as it leaves.

In order to send the correct number of the desired animal you need to take advantage of the various ways the animals interact with one another and the traps in the levels. Only a certain number of animals can occupy an island, and if you send too many, the extraneous critters will be lost in the waters. Wolves will eat sheep they encounter but then become immobile. Sheep can be sliced in half by the laser trap, doubling the tiles they take up on the destination island (although they can be patched up again once they reach the raft). 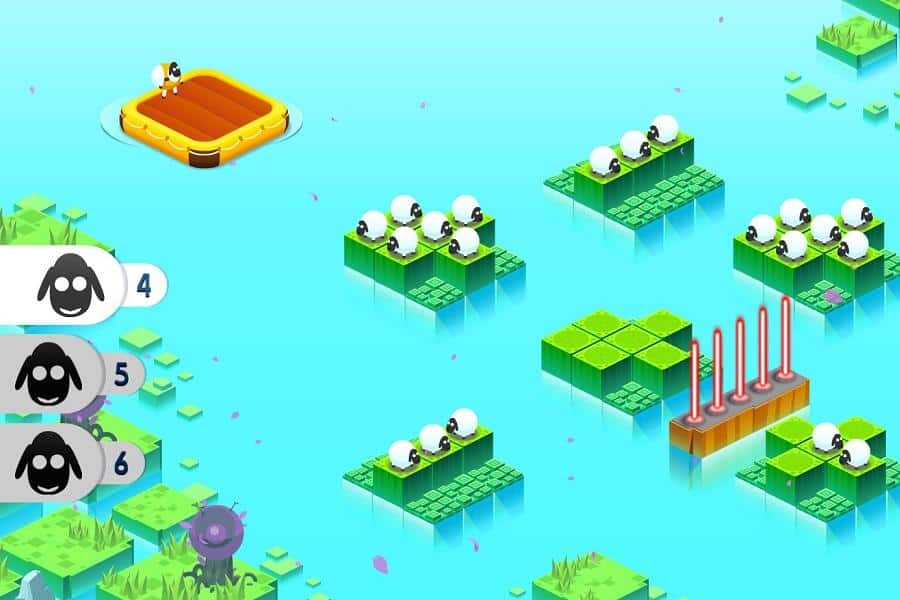 All of these interactions help to make up the puzzles, and you’ll find yourself looking for ways to split up groups of animals or reduce their number in order to accommodate the raft’s requirements. For each of the three rafts you successfully dispatch on a level, you will be awarded a star, and accumulating stars will unlock new worlds to play through. This tried and tested scoring method means there will be plenty of chances to go back and try to perfect old levels whilst unlocking new stages.

Visually, Divide by Sheep is appealing, and it initially comes across as a very cutesy game. However, the tone darkens as you begin to encounter more diabolical traps and even start to use them to meet your goals. Slicing sheep in half and strapping them back together contrasts quite starkly with the colorful and lighthearted design, making for an interesting combination. Meanwhile, a whimsical score helps to further the dark humor of the game.

Divide by Sheep has a gentle learning curve to its early puzzles, but you’ll soon find yourself being challenged by its stages as more and more interactive dynamics are introduced. The math-based puzzles on offer here won’t appeal to everyone, but finding the ideal way to whittle down sheep numbers or merge groups of wolves can be surprisingly engaging and there’s plenty to keep avid puzzle fans entertained for a good while.

Divide by Sheep is available via Steam, the iTunes App Store and the Google Play Store.

Watch the trailer for Divide by Sheep below: 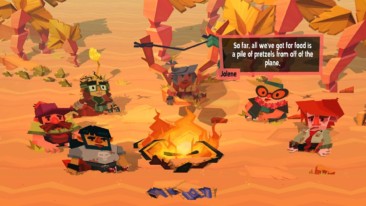 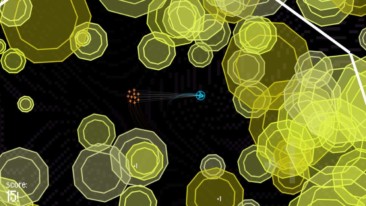