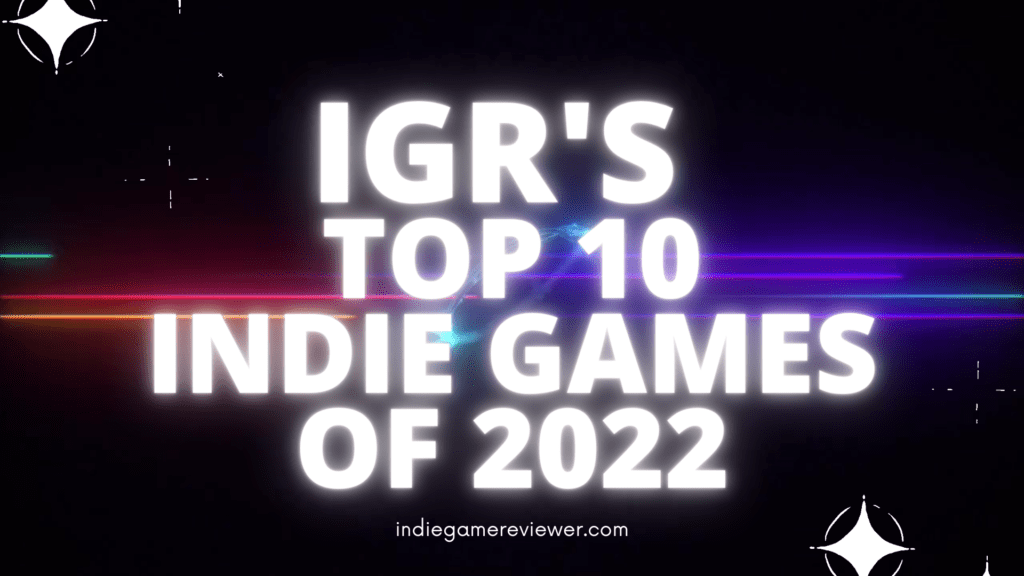 The Top 10 Indie Games of the Year

In the land of indie games, there are boom years, and there are bust years. But we are only talking in degrees because, quite frankly, any indie game delivered is nothing short of a miracle. 2022 was a boom year! There were so many incredible titles released we could have chosen any on our list to be the best of the year, let alone our mile-long list of honorable mentions.

But for the past 14 years, we have put it upon ourselves to take on the intense task of not only choosing ten but putting them in order. We factor in overall playability, technical achievement, novelty and originality, implementation, functionality, and rarity, among other considerations. Then we also vigorously debate their presence on the list and what their sequencing should be, which often leads to wonderful insights, anecdotes, and even more discoveries. The result often stands the test of time as an anchor for the tides that the mosaic of works released within a 12-month period reflects.

So here we humbly present IndieGameReviewer’s top 10 indie games of 2022! 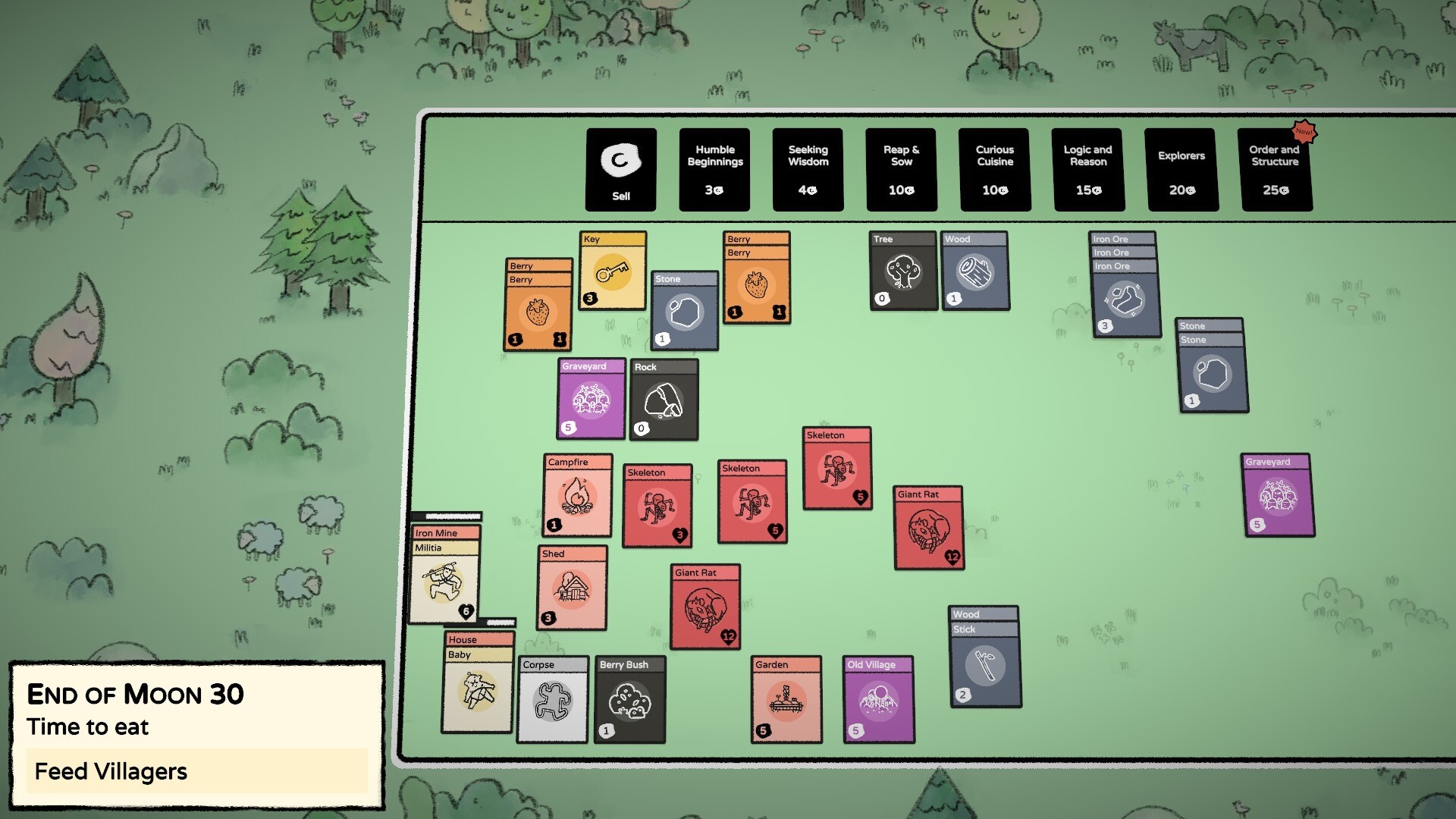 “I was having a nice day getting my villagers to forage for food. Then food cards stopped showing up. Then a goblin came out of a portal and killed almost everybody. I stacked the dead and made a graveyard, which I sold for money to buy card booster packs.” ~ TheOvermatt

“This one caught me completely off-guard. I think it came in as an e-mail for Early Access. I figured, ‘What the heck, I may as well give this diminutive stickman-art deck-builder a few moments.’ Eight hours later, my bladder had collapsed, and I couldn’t remember what a bed was as the other household inhabitants were finishing their morning eggs.

Did I mention that the deck teaches you more and more tricks as it goes along? Did I mention that enemy cards slowly wriggle their way toward you in what I thought was a turn-based strategy card game? Or how about I can set my playtime for short, medium, or long days or that the last three free updates added a whole new third of content, respectively?

Why did I stop playing Vampire Survivors for this? Why is it so good? Don’t be fooled by the almost trolling-level minimalist design; a lot is going on under this rock.” ~ Indie-Game-Freak

Read our complete review of Stacklands.

9. Nobody Saves the World 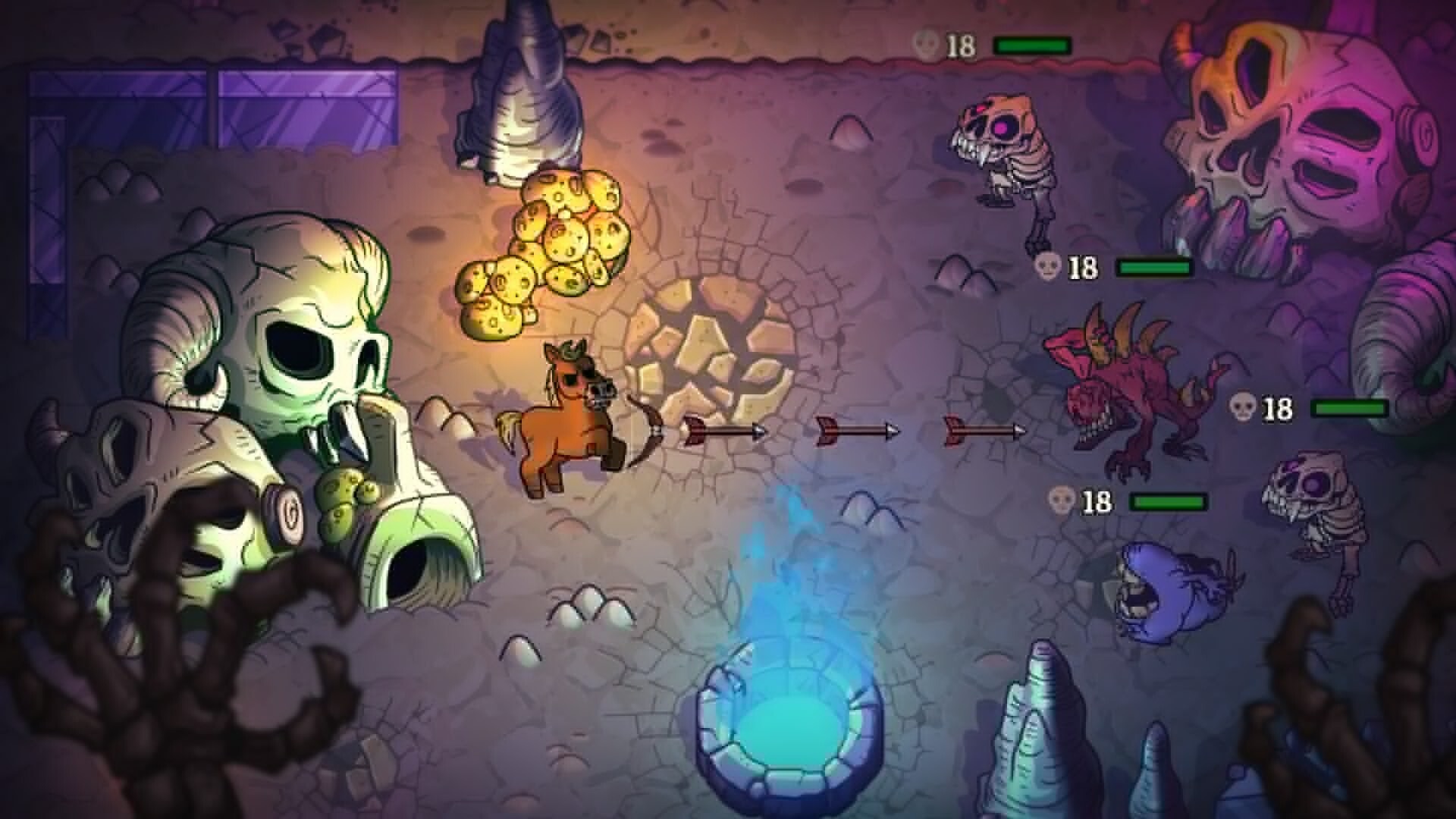 “Drinkbox Studios weren’t content with just giving Metroid a cartoony shot in the arm, so they had to go and do the same with Zelda. Hilarious characters, genuinely compelling progression, and a world so charming it has you grinning like an idiot within five minutes of starting the game. ‘Nuff said.” ~ TheOvermatt

“I can’t believe how hard I had to fight to get this one on the list. Maybe folks mistook it for something other than what it is: a brilliantly multifaceted playing experience where – in embodying everything from a feeble egg, to a snail, to a toothy mermaid – you come to realize that everything and everyone has their moment in the sun. You must always choose what characters to develop and train on before that dungeon hits where you aren’t ready. Interactions with NPCs can be totally different depending on what avatar from your stable you are currently embodying.

The game is hilarious, fascinating, challenging, and kaleidoscopic. Another triumph for Drinkbox, the dev team who actually got me to play a beat-’em-up platformer with Guacamelee.” ~ Indie-Game-Freak 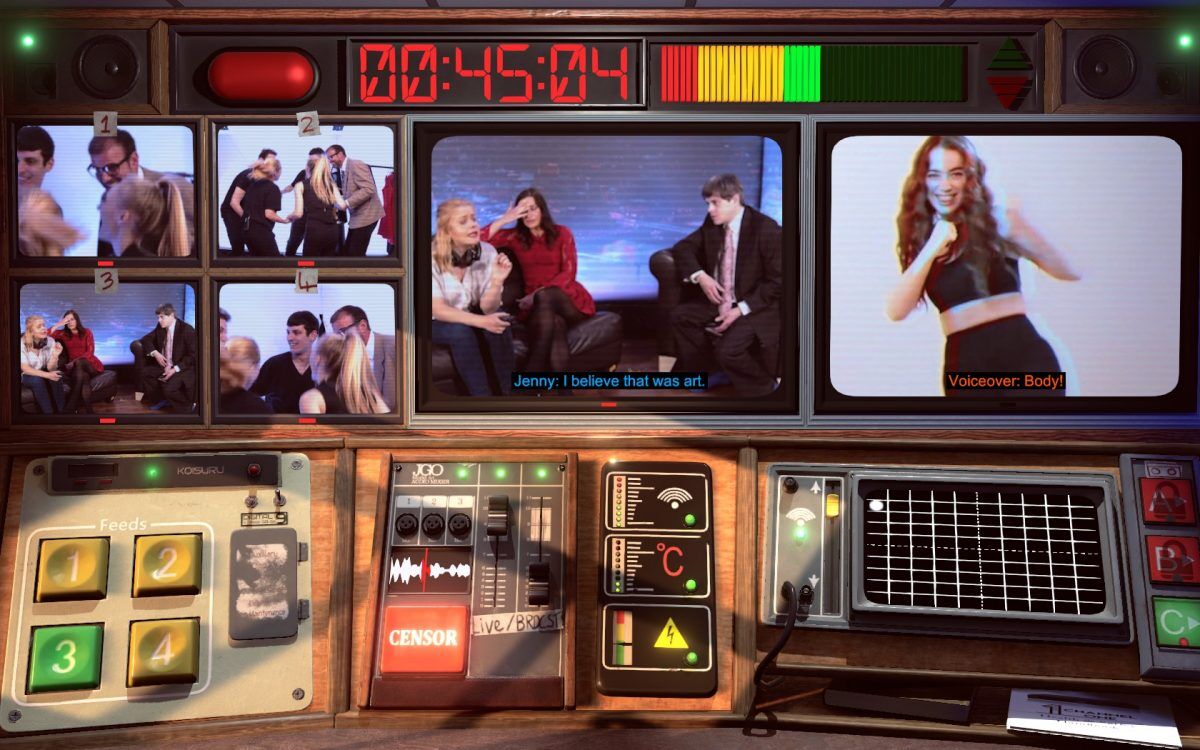 “Is it a brilliantly executed management game on the frantic end of the spectrum? Yes. A cutting satire of the ever-decreasing attention span of the television news viewer? Also yes. Unexpectedly hilarious? Oh, most definitely yes.” ~ InfinityWaltz

“It’s amazing how few broadcast control room simulators there are when you think of it. In our modern world, where everyone is a video producer with global reach and anything coming from Hollywood is OTT, it’s hard to understand what live broadcast to every household in America or the UK might have been like, especially before everything ran on digital algorithms.

Not for Broadcast takes us back to the days of VHS ads and tuning the tower signal to ensure they don’t lose viewers to a snow crash. Meanwhile, managing the curmudgeons, the cynics, and the prima donnas on the studio floor who need to get their shit together seconds before you go live back to air makes for a pretty terrific game in and of itself. Then, add about 70GB worth of subversive, dark humor FMV, and you have a classic that may still take a few years to appreciate truly.” ~ Indie-Game-Freak

Read our complete review of Not for Broadcast. 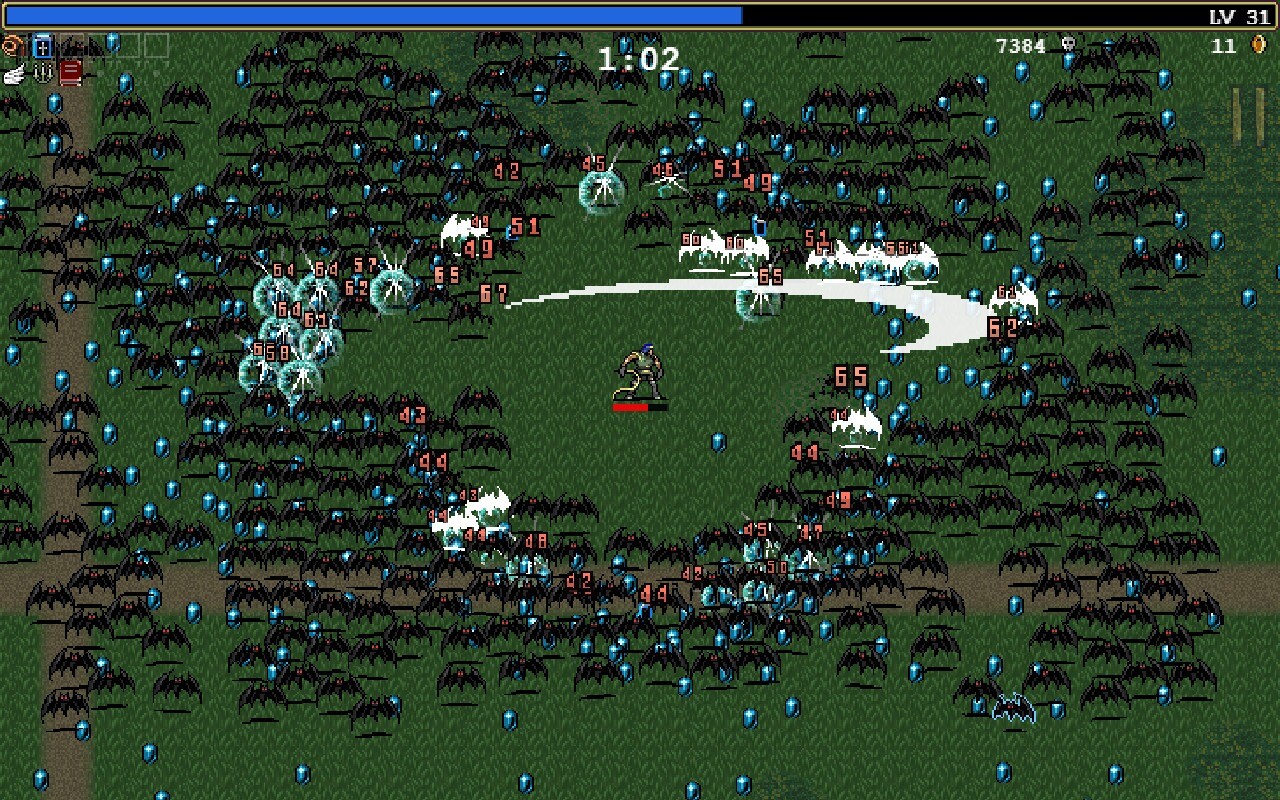 “I could talk all day about how this game has created a hell of a genre. However, the real story is that this game is digitized crack sold for the frankly criminally low price of $5. I’ve paid more for a latte, and those don’t make hours of my life disappear.” ~ TheOvermatt

by Geography of Robots 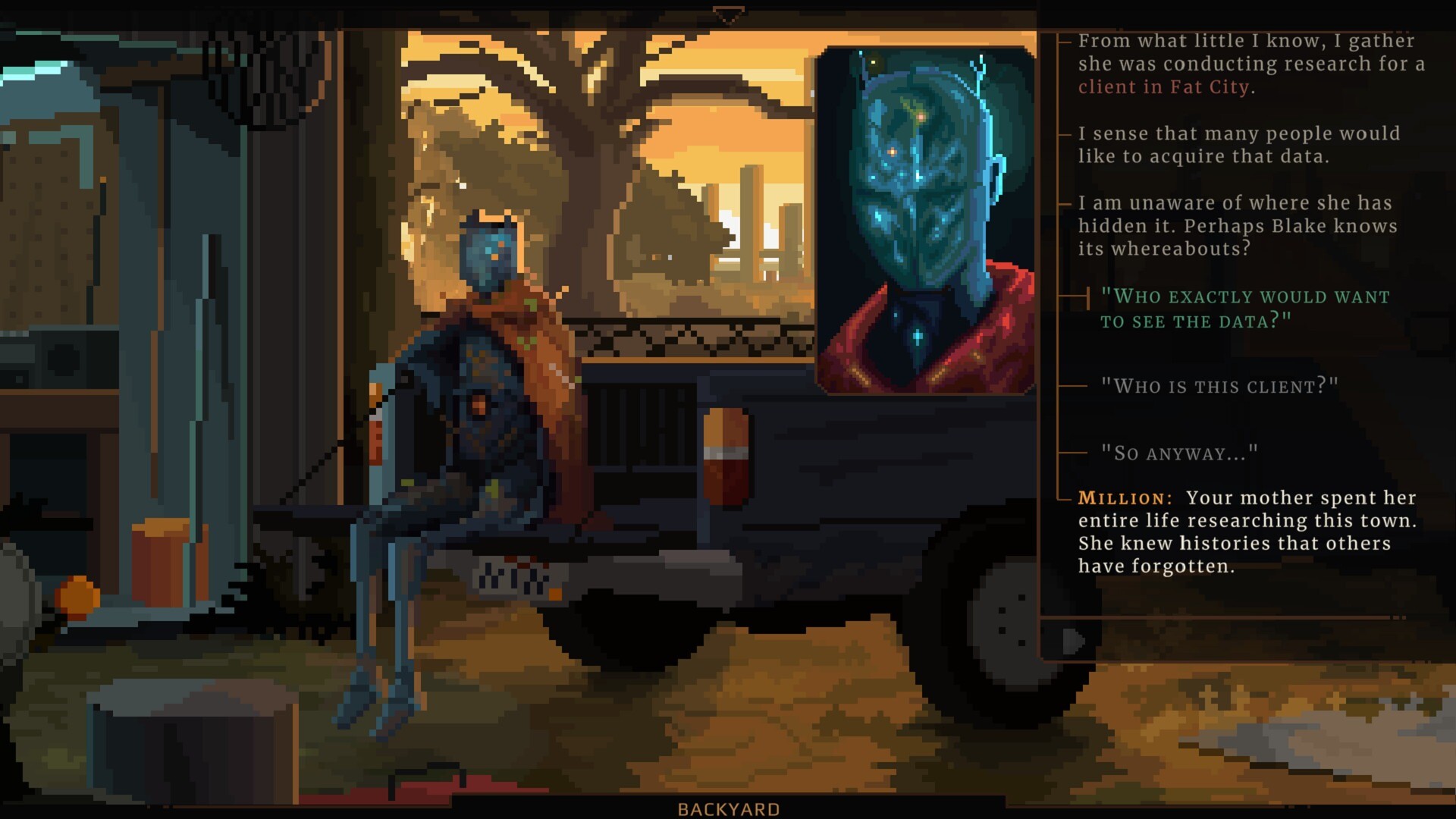 “Grim Americana meets cyberpunk dystopia in a point-and-click adventure that’s often as sharp as it is downright weird. Few games have done stories about forging your own path while being haunted by your past this well, and the fascinating world it builds around you is the icing on the cake.” ~ TheOvermatt

“As I sunk deeper into Norco‘s bayou dystopia, I kept noticing how it seemed to speak to me directly. How was it resonating on so many levels while depicting a world so far removed from my own: that of a black homeowner being pushed out by the oil industry via a slow emotional annexation in a world of abandoned robots and Alex Garland-like digital organic mutants.

How was it that I was playing an adventure game that never felt punishing, confusing, or irritating, but instead flowed like booze from a cup on Charles Bukowski’s nightstand, deeper, deeper into its amazing emotional and world-building textures…” ~ Indie-Game-Freak 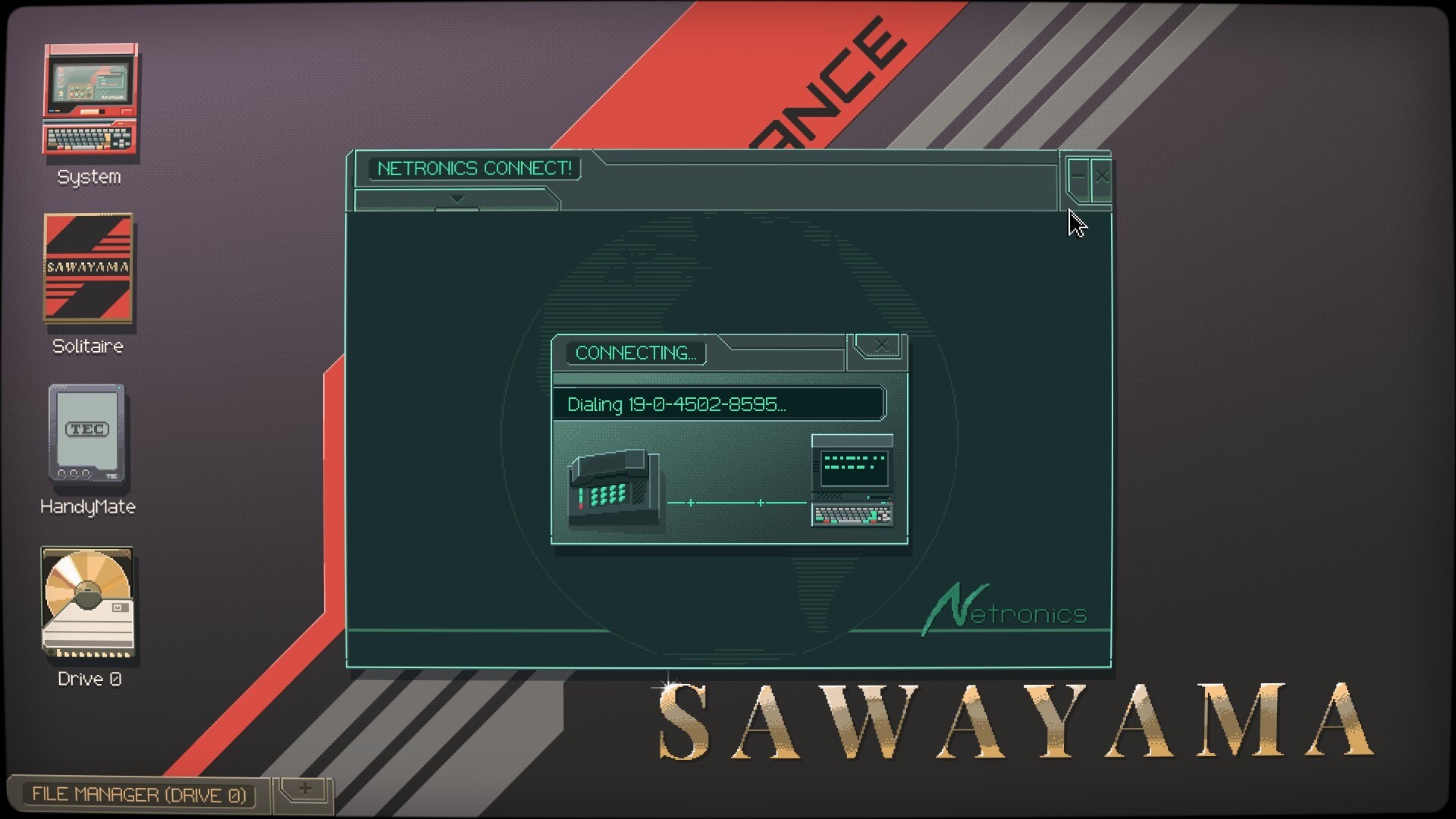 “Last Call BBS is Zach Barth going out on his own terms, an overstuffed gift basket incorporating everything we’ve loved about his games squared: the programming-inspired puzzle patterns that must be teased apart like learning new languages, the carefully constructed framing devices that keep us intrigued even when the cerebral nature of the puzzles stalls us out, plus a bunch of extra fun stuff, like new Solitaire variants and a robot model-building simulator. A true grand finale.” ~ InfinityWaltz 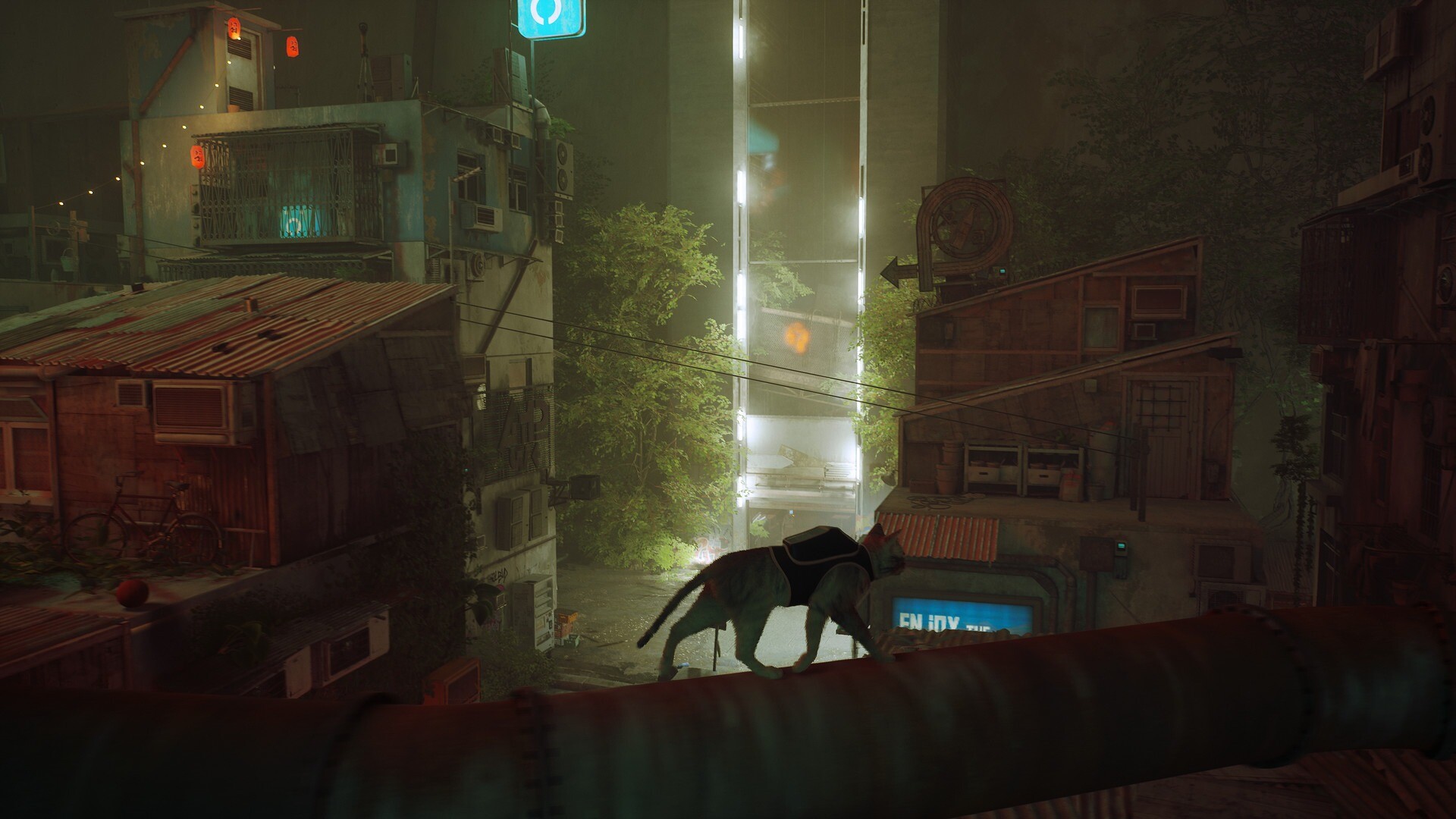 “In Stray, you play as a cat separated from its colony and dropped into a frightening and desolate steampunk cityscape populated by robots and mutant creatures. With the help of a drone companion named B12, you must attempt to find your way out of the walled city and back to the surface to find your feline family. Stray was one of the runaway hits of 2022, and it can be argued that it’s because of the genius of playing as a cat. And not a cartoon cat or an anthropomorphized cat: it’s a real feral cat.

The developers must have put in a lot of time and effort to capture a cat’s mannerisms and movements accurately. You can knead and scratch surfaces, leap and run along precarious drainpipes, purr and meow whenever you want, and even curl up and nap. This creates a very immersive experience and an emotional connection with the cat. My heart broke a little when I was separated from my family and I had to lick my wounds and limp forward into the dark and forbidding city on my own.

You must also learn to navigate this new world as a cat. Puzzles can be solved only if you learn to behave like a cat. You can’t rely on human language or abilities. The game seems deceptively simple – there are some puzzles and some action and chase sequences – but the real challenge comes from looking at the world from the perspective of a different species.

At first, it seemed counterintuitive and awkward, but as I learned to see the world through different eyes, I started questioning how my humanity impacted my choices. Playing as a cat forces the player to identify and empathize with animals and look at the world through fresh eyes. This is rare and unique and is one of the most significant accomplishments of this game.” ~ Aereyn

by Jump over the Age 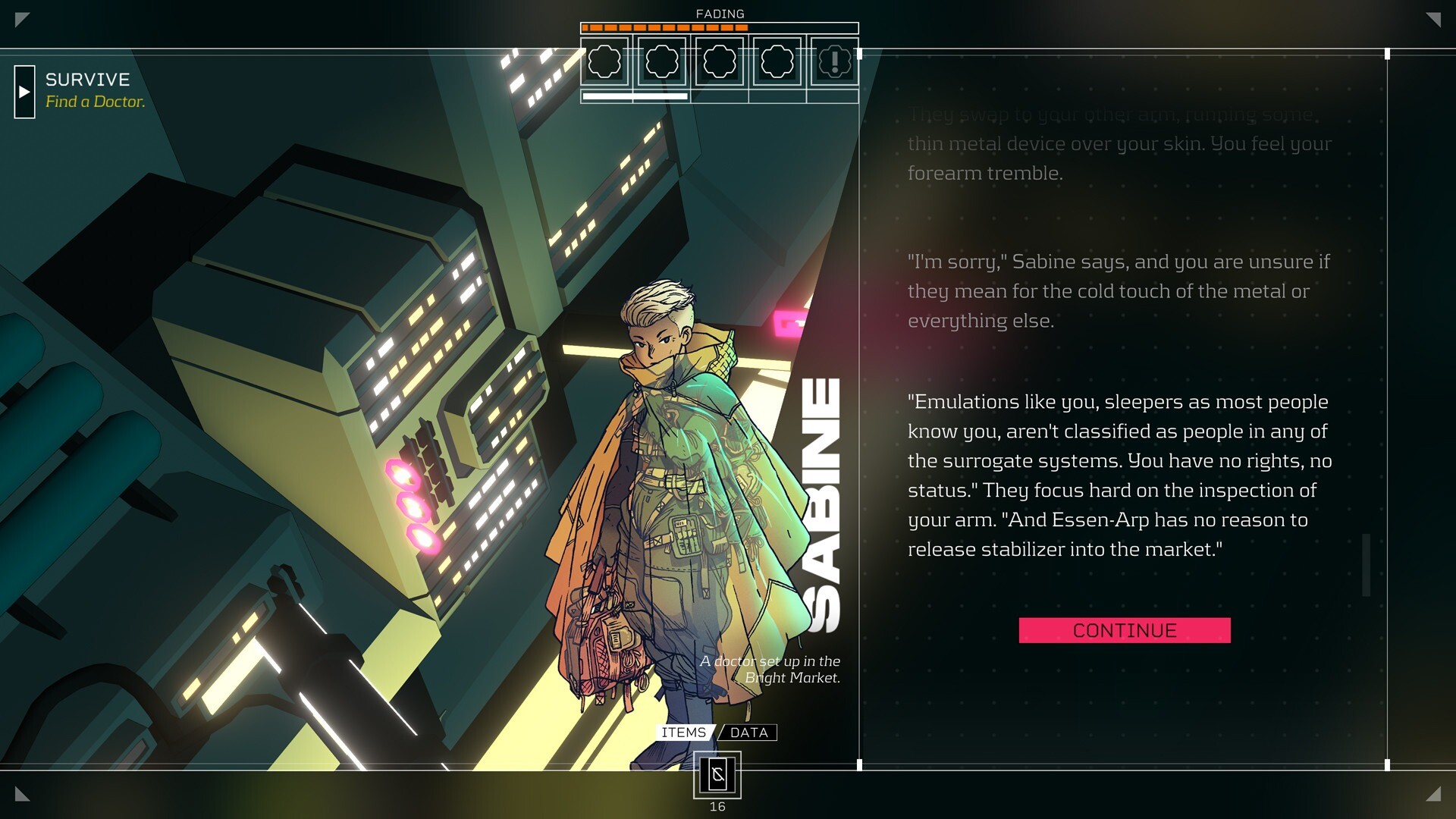 “A game of static images and text had me more absorbed (and sometimes terrified) than just about any other game to come out this year. Add in some absolutely first-class art design and a killer soundtrack, and this is a treat for cyberpunks and space cowboys everywhere.” ~ TheOvermatt

“My most-played, most loved game of the year. Incredible characters, perfectly complementary design and music, layers upon layers of ideas, delicate faction management, branching storylines, and the dual layer of a virtual ghost world and an unfathomable wet one. A simply sublime and rare experience. Only rarities like Tunic and Dwarf Fortress could get in its way as the GOTY.” ~ Indie-Game-Freak 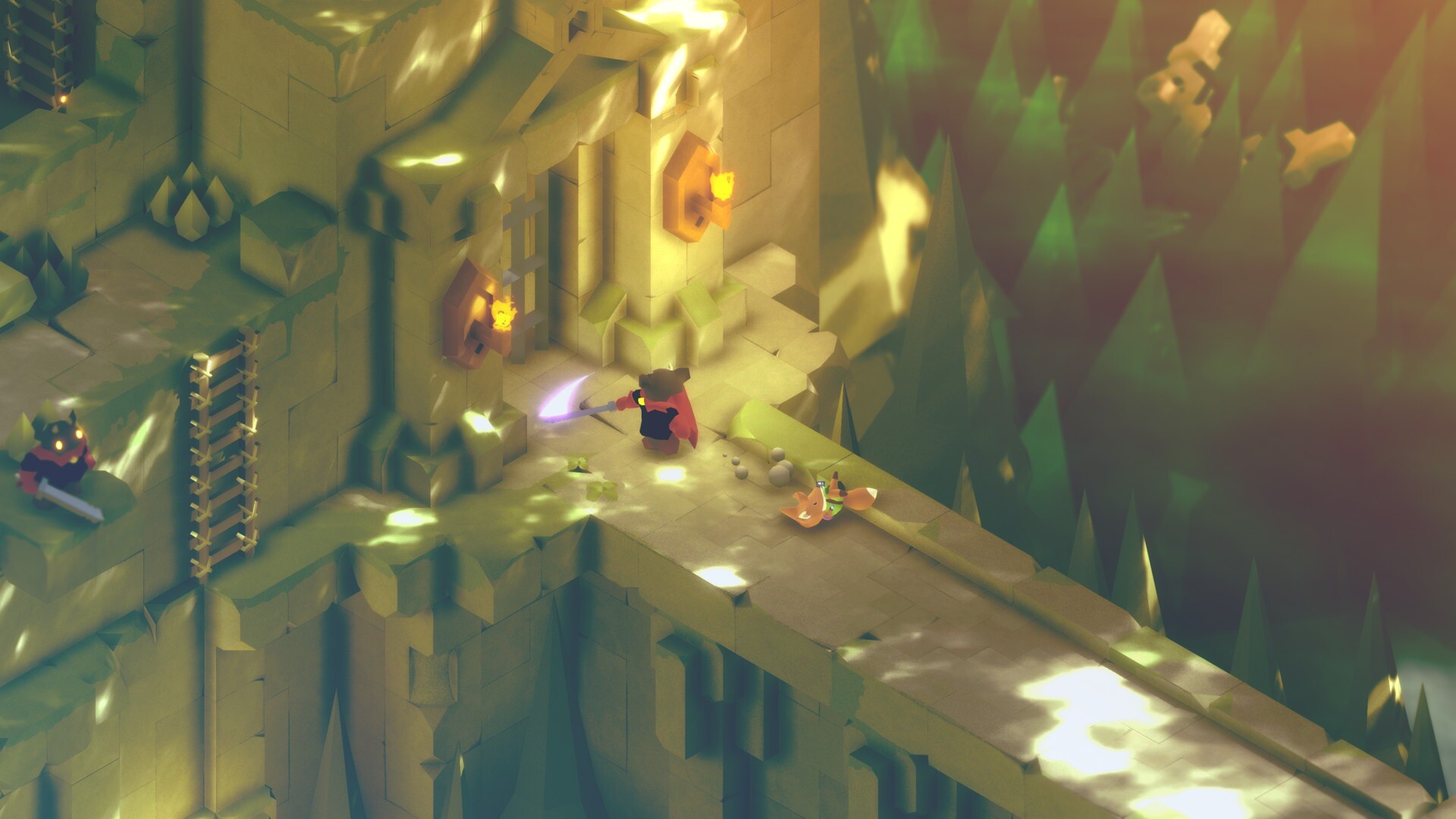 “When I played Tunic, I expected Zelda starring a cute fox. I did get that, but even more, I got a testament to the thrill of discovery and solving mysteries that video games are more capable of inducing than any other media. Absolutely essential playing for adventure lovers.” ~ TheOvermatt

Read our complete review of Tunic. 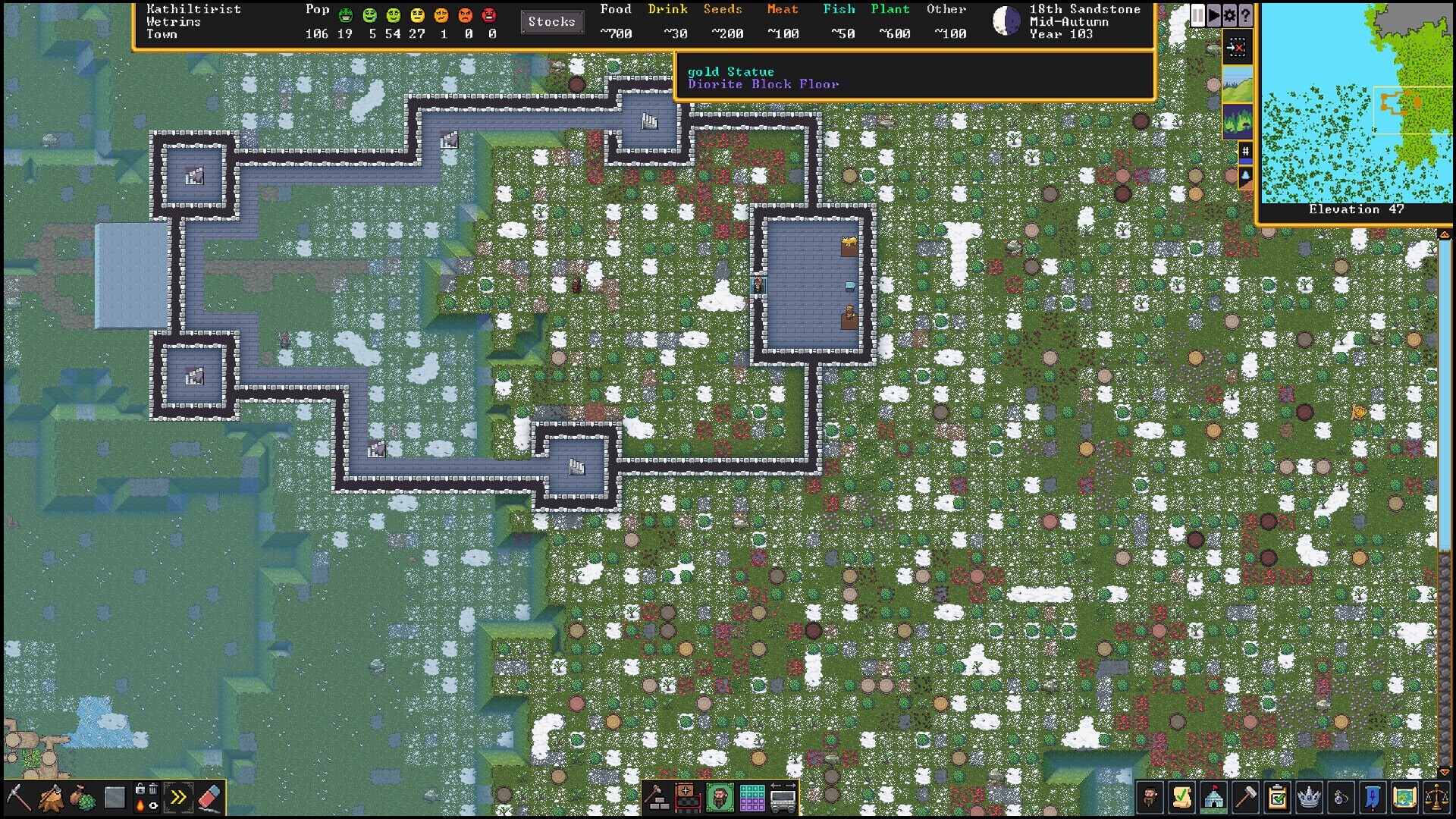 “What praise can be offered for Dwarf Fortress that isn’t rote at this point? Universally acclaimed as one of the most detailed simulations ever created, Dwarf Fortress is a story generator of unparalleled potential that hones emergent narrative into a finely tuned art, a masterpiece of design 20 years in the making. It’s hard to imagine anything rivaling this one-of-a-kind game anytime soon.” ~ Kit Goodliffe

“Dwarf Fortress, like the Holy Grail, might have been buried deep underground for seemingly time immemorial, but somehow this unique magical treasure will never tarnish.” ~ Indie-Game-Freak

And there you have it! Thank you again to the whole IGR team who helped to create this list, to the developers who made the games, whether we mentioned it or not, to the publicists, the distributors, the platforms that make games available to us, and to you, who loves them and has made indie games the incredible option that it is.

We should mention some of the games that were in and out of the list for weeks – we honestly have another 50 games we could recommend up in these high ranks, but a deal is a deal. Ten games to rule them all.

That said, you should really also try any of the following that were released in 2022: 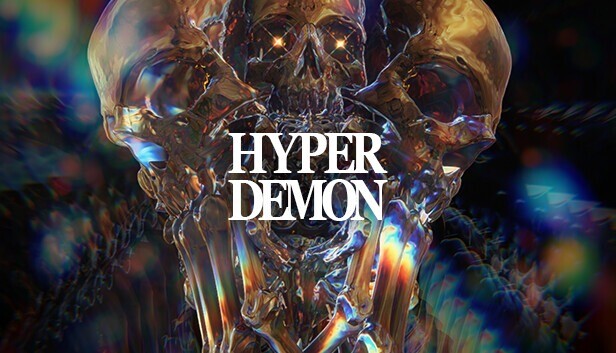 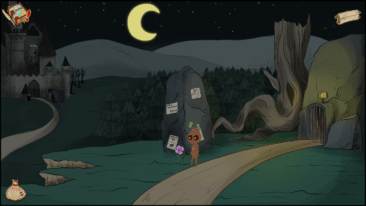 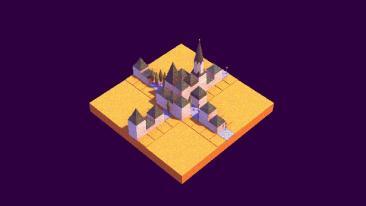