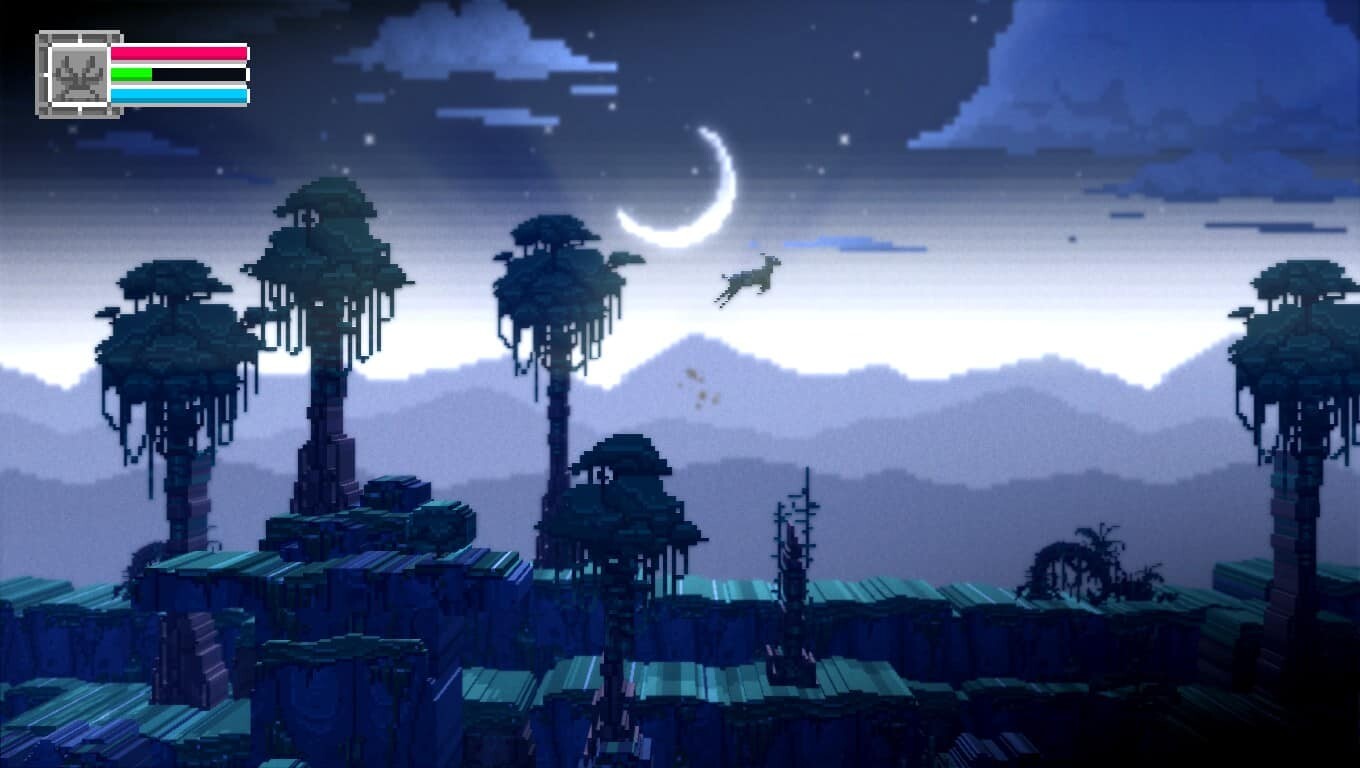 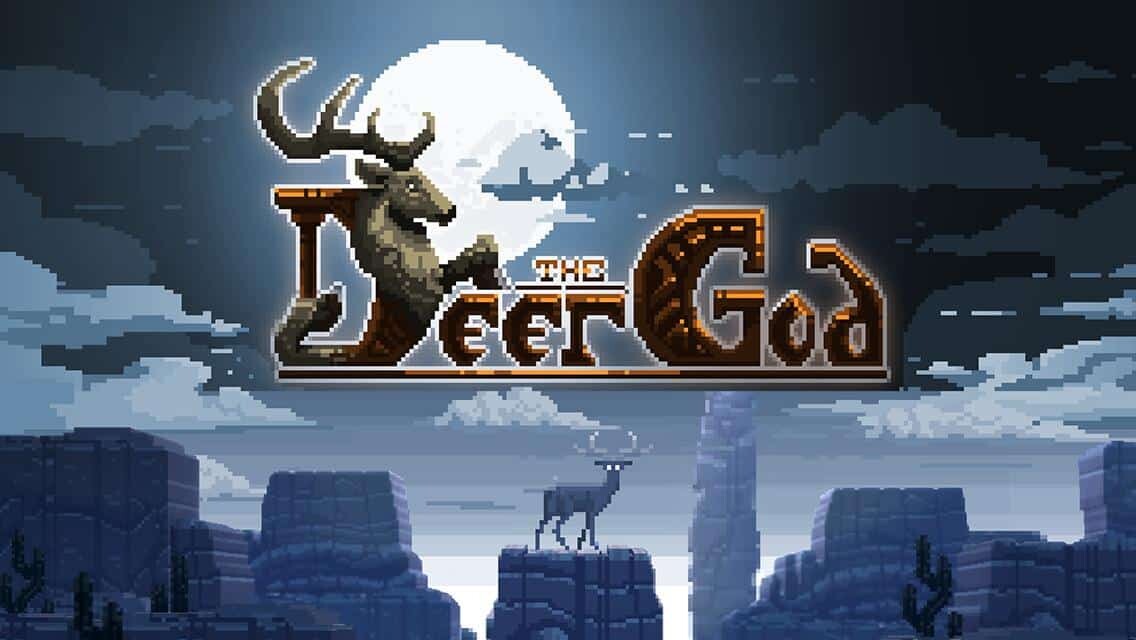 The Deer God – What We Think:

The Deer God captivated me with its pixelated environment and soundtrack while consecutively making me want to pull out my hair at its endless frustrations. I found myself crazily addicted to the gameplay and – two seconds later – throwing my hands up in surrender to the many glitches that made simple tasks impossible. I have quite the love/hate relationship with The Deer God, but it kept me coming back for more.

Developed by Crescent Moon Games and Cinopt Studios, The Deer God is a challenging platformer circling the idea of karma as well as reincarnation. The story begins as a hunter who shoots a deer in the wilderness when he unexpectedly ignites into flames…which definitely threw me off guard. Simultaneously, he is conversing with what appears to be “the deer god,” who informs him of his wrongdoing and that he must redeem himself. Quite suddenly, I am the hunter reincarnated as a fawn venturing through a visually stunning forest…and desert…and tundra. The environments are seemingly endless, but what makes this escapade unique is its day and night timing system. As time passed, my fawn would gradually grow older. Well, at least until I faced my inevitable doom in a pit of spikes.

Whether or not I had what I like to call “deer lives” determined whether or not I’d resurrect as a fawn or continue as the growing deer that I was.

All I really wanted was to blossom into an adult buck, and every time I got ridiculously close, I would miscalculate my jumping distance and fall into the spikes. There I go, rage-quitting at my fatality once again.

Of course, there is more to The Deer God than becoming a buck. I constantly had to keep devouring plants in order to stay alive, for nourishment is essential. Karma also plays a significant part, judging my actions based on whether I would help out my furry friends or execute them. It turns out, though, that the AI in The Deer God isn’t really that intelligent at all.

They are something stupid.

Throughout my journey, I came across others of my kind. Most of them would join me in my adventure, but there was an occasional lady deer that would grant me with a baby fawn…if you know what I mean. Now when I say these fellow deer aren’t really that bright, I mean it, in the sense where they will literally jump directly into a chasm of spikes, causing their own demise. The worst part of it all is that I would get showered with bad karma because of their idiocy. How is that even fair?! 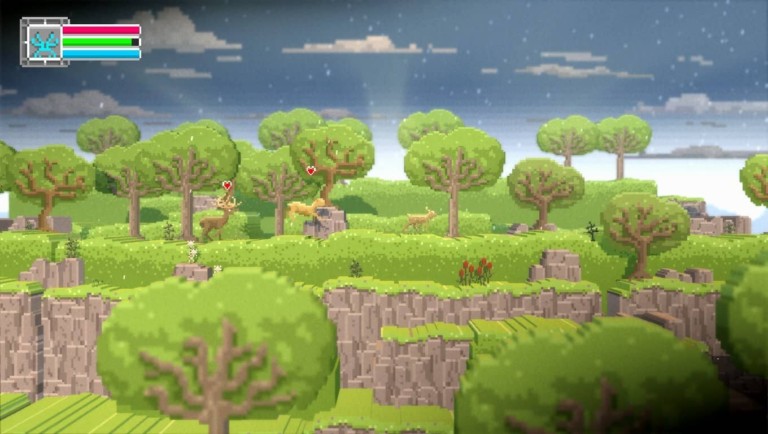 Moving on from that annoyance, the entire goal of The Deer God is to be redeemed by completing various puzzles and collecting relics. In my voyage to self-discovery, I encountered four Elder Deer that rewarded me with nifty skills. I also acquired items that would benefit me in various battles or situational conundrums, which – let’s be real – I came across a bizarre amount of mind-bogglers.

To be honest, a lot of The Deer God is attempting to solve puzzles without much direction; I went through a lot of trial and error, maddening myself to no end. Though I would attempt to run away from my problems, The Deer God is structured in such a way where I wasn’t allowed to escape a core puzzle until I solved it. I literally circled the same riddle numerous times because of this fun fact. Scattered throughout are also side quests to battle giant toads or solve riddles in abandoned ruins, but they aren’t required; you just get fancy achievements. 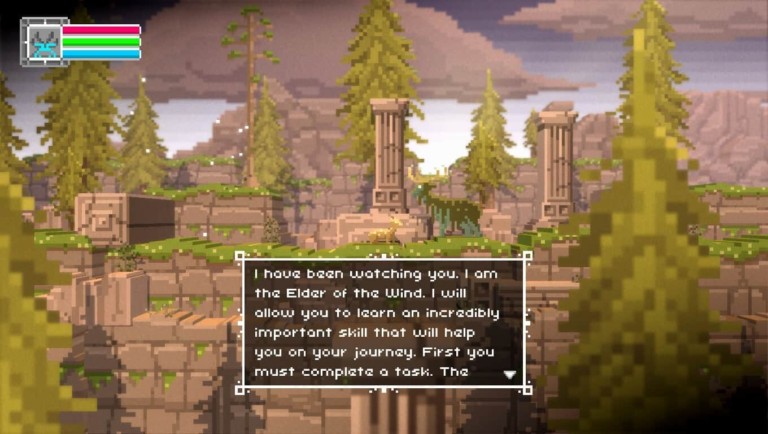 What isn’t much fun is the amount of glitches and flaws that are present in The Deer God. Some may be minor, but at one point I got stuck in a wall…and then I fell into a never-ending sky where I remained until my deer pal died of hunger. I also happened to respawn in one of the lovely spike abysses at times, which…come on, give a girl a break here.

In its entirety, The Deer God is a delightful and visually appealing game, if you can handle the occasional glitch here and there that will wreak havoc upon your soul. I personally mustered through the madness and redeemed myself with an exceptional amount of good karma, but it truly is a hit-and-miss experience.

To put it nicely, it goes to show that karma can be quite the stinker.

The Deer God is available via Steam, Xbox One, Apple’s iTunes App Store and Google Play.

Watch the trailer for The Deer God below: 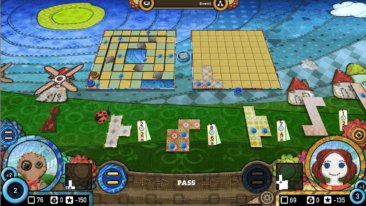 Patchwork by Uwe Rosenberg Gets a Digital Port – Review 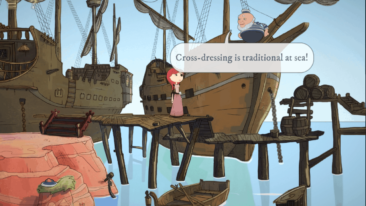