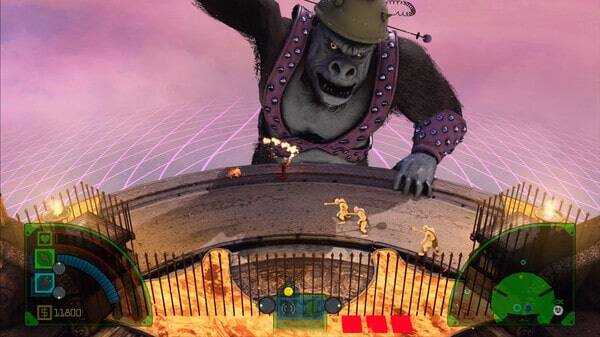 The Deadly Tower of Monsters – What We Think:

Welcome to our review of The Deadly Tower of Monsters! Below you will see what we think about this game (movie?).

Were this a review of the game, this is how it would open: immediately upon booting the game up and before even the first company splash screens fade in, we are greeted with the beginning of a commentary track to this “movie” we are about to watch. It comes in hard and strong, calls the start menu the DVD Menu, and keeps it up with a high level of quality the whole time.

Take the narration tactics of The Stanley Parable and a narrator similar to Bastion‘s Logan Cunningham. Mash them together and you have an idea of what to expect here.

It’s witty, funny and incredibly charming. It treats itself as an audio track to an old movie being watched; even when you put the controller down and do nothing, the commentary track will tell you how “artsy and ahead of its time” it was to include scenes like these in its movie. But at the same time, I never heard a quote repeated. When you go backtracking, you are given peace and quiet, which prevents the great dialogue from becoming annoying.

On its own, it plays like a twin-stick beat-em-up and shooter, like a simplified Diablo where you can swap out between a melee weapon and a ranged weapon of choice. I tried it on both keyboard and a 360 controller, and they both felt very solid.

Aspire for Higher in the Spire

Starting on the ground, you work your way up a tower. There is some mild platforming to be done, which is assisted by a limited fuel jet pack, but it’s mostly running up and around the tower.

Should you fall by accident, you can return to your last position with the tap of a button if you do so before landing. This is very handy to prevent frustration, and it’s even worked humorously into the “Audio Commentary Track.”

While the combat be simple, the exploration and collect-a-thon be deep. Since you can dive off the side of the tower from any point at any time, the potential for hidden object discovery and pick-ups is incredible. There are even big red bullseye targets to hit while looking over the side of a platform, and rings to free-fall through.

The height becomes dizzying and extreme as you even pass into the outer atmosphere of the planet, all the while knowing that something might be hidden below you to discover if you hop off the edge from high enough to land on it below.

The soundtrack, art direction and the story all delightfully poke fun at classic sci-fi B-movies such as Plan 9 from Outer Space. At some points the music sparked memories from A Link Before Time.

The art, the monsters, the RGB displacement and stop-motion…yes, the Jason and the Argonauts-style stop-motion that some of the monsters exhibit, brings home the attention to detail that this movie mock-up has brought to us.

Some of the actual story plot points of the “movie” are talked over by the commentary track to such a degree that we don’t even see the actual movie’s story. Instead, we are to pay attention to the humor within the commentary. The director reminisces about filming the project, lets the viewer in on little trade secrets and how they snuck in to some old Dracula set on off-hours to film parts of the sci-fi movie so they would not have to pay for use of the sets or props. It’s a literal romp.

The verticality of the level design, the humor, and item-finding that rivals an N64-era platformer all come together in a highly entertaining package. I could not recommend it enough to anyone seeking a simply fun game, or something they can sit back with to enjoy casually and laugh.

Deadly Tower of Monsters is available on Steam.

Watch the trailer for The Deadly Tower of Monsters below: 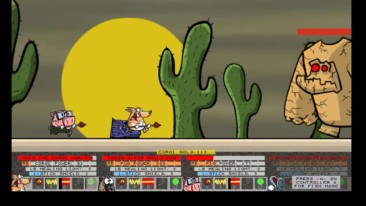 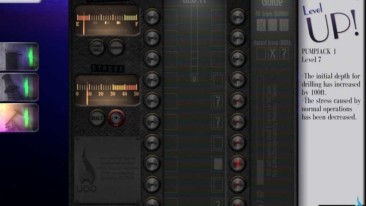