Crazy Machines for iPhone or iPod Touch is the latest in the franchise from German based developer Fakt Software.  The object is to use the provided items to make a contraption in the spirit of the old board game Mousetrap.  The player may be given items like a lighter, a candle, and a magnifying glass, and be expected to use all three items to light the fuse of a cannon, or to heat up a teapot, or activate a solar-powered electrical socket.   There is more than one way to solve each level, but time is limited. Bonus points are awarded if the level objective can be completed without using all of the parts.

Tools in the game include lasers, mirrors, brick blocks, steam engines, conveyor belts, various forms of electrical sockets, ropes, weights, pulleys, toasters, and fans.   The game also features a construction mode, which allows you to build your own puzzles to stump your friends with.  Mission objectives for each level are clearly defined, so the only part of the game that might slow you down is figuring out how to accomplish the objective with the tools you are given, but that’s the very point of the game. Get ready for several hours of iPhone gaming goodness.

The graphics are average when measured against other iPhone games (and especially as compared to Crazy Machines 2 for the PC), but the gameplay is highly engaging and will occupy your mind long after you put the game down.

Be creative, and have fun!

This game is also available for Nintendo DS and PC (visit the official German site for download links).

Have you played Crazy Machines?  Leave a comment and let us know what you think: 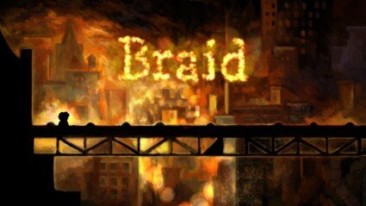