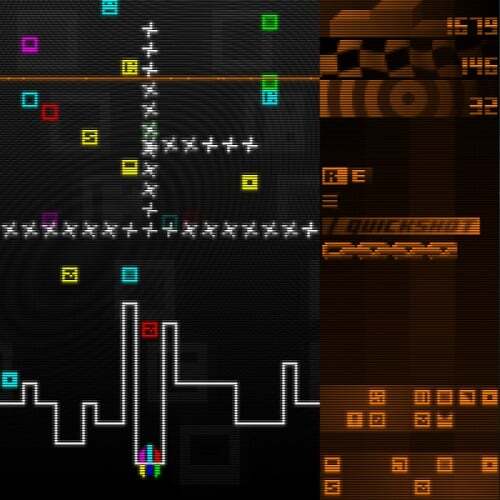 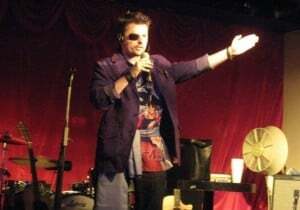 Hey there, readers! Callabrantus here…2013 was easily the busiest year we’ve had here at Indie Game Reviewer. Indie games are now featured prominently on just about every established distribution platform imaginable, and as a result, there are a lot more indie devs who are able to get their creations out to the public. While the sheer number of indie titles that come to our attention continued to increase, so did the overall level of quality.

We finally managed to come to some consensus on our Best Indie Games of 2013 list, but there are still a bunch of titles worthy of note that, for whatever reason, might not have made our lists.

So, for your consumption, I gladly present (in no particular order)…

Puppy Games added 2 great titles to their retro-chic catalog, each of which serves as a stellar example of how to bring the game elements of yesteryear into today. All of their games start out as something extracted from the old school arcade cabinets, and then given a healthy splash of modern lighting and particle effects. The soundtracks will make you question if your favorite games from the 80’s could have ever been this cool.

I chose Droid Assault from these titles, as the addictive arcade action is further enhanced by a deep team-building mechanic. Augmenting a whole fleet of robots is highly satisfying, and unleashing them on swarms of bad-bots always makes for an impressive dance of light and sound.

Read our review of Droid Assault.

Get Droid Assault on Steam

I haven’t played a turn-based strategy title quite like Expeditions: Conquistador. It takes place in South America as parts of it were colonized by the Spanish, so the action largely takes place in a dense rainforest setting. You’re called upon to travel between towns, fight rebel and native factions, and serve the local land owners (should you so choose).

Once you get outside the relative safety of the city walls, the game suddenly gets a lot deeper. Every aspect of your survival depends on your input as commander. You’ll need to hunt for food, build traps, and scour the landscape for resources. Should a party member sustain injuries, you’ll have to assign a medic to his or her recuperation. Failure to meet the needs of your party can breed resentment, result in mutiny, or even spell death for your party members.

The combat is challenging, and keeping all of your troops safe in a skirmish will require great skill, though a little luck never hurt anyone. Equip upgraded weapons and armor, and deploy traps to trip up your foes. Just bear in mind that the same pitfalls await you, should you throw caution to the breeze.

Get Expeditions: Conquistador on Steam

Arguably the best game available for the recently launched PlayStation 4. Resogun plays like the classic 80’s arcade shooter Defender, but dazzles with its high-end visuals.

Flying in a tiny spacecraft, you must soar around dying worlds fighting off swarms of evil spacecraft. The last few humans have been imprisoned in these stages, and your rescue attempts will have to come between a near constant barrage of alien assaults.

The groups of minions will keep you on your toes, and the boss battles will have you dodging projectiles in proper bullet hell fashion. As Armageddon initiates, watching a world shatter into what seems like millions of individual fragments is a jaw-dropping spectacle.

Oh, and PlayStation Plus members? This baby is yours for free.

Read our full review of Resogun

Get Resogun at the PlayStation Store (US site)

Gamers who spent a lot of time gaming in an era that might have spawned Huenison would be right at home seeing a ,8,1 at the end of the title. Not only does this game look and sound like a title lifted from the annals of the Commodore 64…you can actually play this game on a Commodore 64!

Despite the stripped down visuals, Huenison is one of the more complex shooter games I’ve played. It starts with a play mechanic that is equal parts Tetris and Space Invaders, but it also calls on players to cycle through 6 different hues before lining up a shot. Then it tracks several different bonus counters as you destroy blocks, administering rewards as you complete successive chains. When you manage to make it all come together, you feel like you conquered 20 games at once…and in a way, that’s exactly the case.

Read our review of Huenison

I played a great number of point-and-click adventures this year, but The Inner World was my standout favorite. From inside a crowded pit of murder mysteries, this whimsical fantasy journey easily became oen of the twinkling lights in the genre with its quirky cartoon-like graphical presentation and its bitingly funny script.

Robert makes for the perfect leading man, as his naiveté (fostered largely by living his entire life locked in a shrine tower) serves a dual purpose: as he is clueless to the finer points of life in his land, in-game characters are compelled to explain things to him, and thus to the player. Also, the depth of his lack of understanding makes for an hilarious comedy of errors as he diligently attempts to make things in this bizarre universe right.

Even though a few of the puzzle solutions seem a mite convoluted, I thoroughly enjoyed my time with The Inner World.

Read our review of The Inner World

Get The Inner World on Steam

2013 saw a spike in the number of indie games that were available on consoles (and all signs indicate that 2014 will continue this trend). Drinkbox Studios’ Guacamelee! Emerged as one of the great PS3 indies, combining Metroidvania-style platforming, an addictive combo-heavy style of combat, and all the colorful glory of luchador lore.

Bright, vibrant, and wickedly funny, Guacamelee! breaks up the action with clever dialogue that gives nods to several pop-culture memes (and tips its hat to mention a slew of indie games). The combat is diverse, and will have leaderboard hounds salivating as they try to string together the ultimate chain of wrestling moves.

Read our review of Guacamelee!

Mister Boss runs a tight ship. He’s one of the greatest fighters of all time, and wants to keep it that way. In what seems like a gesture of goodwill, he invites some of the best fighters to his place of business for a visit…and then he bolts the doors shut. Take control of one of the world’s finest fighters, and fight to escape the confines of Mister Boss’ stronghold!

Combo Crew spoofs side scrolling fighting greats like Streets of Rage and Double Dragon. The primary 3 characters are drawn from over-the-top stereotypes found in the genre, and there are additional characters that can be purchased with in-game points. Recent deals with Capcom have also resulted in the addition of Viewtiful Joe, Ryu, Ken, Chun Li and Blanka, all of whom can be bought as downloadable content.

Ultimately, the game ends up as a quick-reflex version of Rock, Paper, Scissors. You need to know when to block, when to attack, and when to bust up a foe’s defense. Swiping two fingers across the screen in any of the four primary directions unleashes an impressively animated combination of strikes, but an enemy will likely strike back as soon as a series is completed. The real challenge lies in wiping out a level’s worth of foes without breaking your combo.

See you all in 2014! Can’t wait to dig into the games that await us next year.

Know of any titles that might have slipped by our somewhat-all-seeing eyes? Let us know in the comment section! 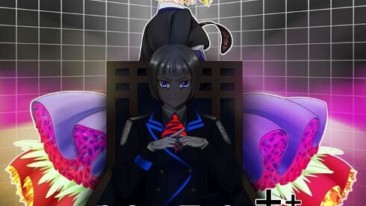 Hate Plus: An Indie Game Review 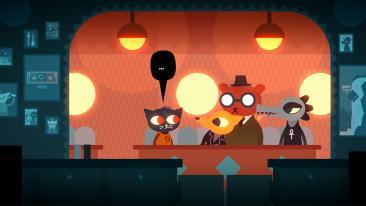