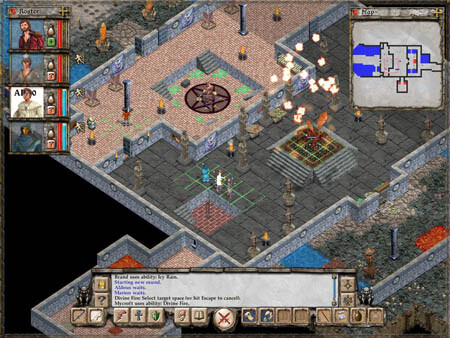 Spiderweb Software returns to its epic creation, to tell a story of imprisonment, rebellion, and the struggle for freedom against overwhelming odds. Avernum: Escape From the Pit is the first chapter in an Indie fantasy role-playing saga, the tale of desperate exiles and their battle for survival and a land to call their own.

Avernum: Escape From the Pit features:

Sometimes, in an attempt to be unbiased, it becomes hard to score a game. Sometimes a game fits into such a small niche that, no matter the quality, I can’t be sure the majority of players will appreciate it for what it is. I think this may be one of those times. Ah, to hell with it; you’ve been warned, so I give it a 4. So gather around kiddies and let me tell you a tale, then judge for yourself whether you’ll like it or not.

Do you remember the RPG’s of the late 90’s and early 2000’s? Do you remember when Interplay was still a major player in gaming? Think you could still go back and play those games without them being frustrating? Have you ever played and enjoyed any of the previous games developed by Spiderweb Software? Then you’re right on target to love Avernum: Escape from the Pit. Now while games like Fallout, Planescape, and their ilk looked and played like they did because, well over a decade ago, that was the state of the industry, Avernum is similar for the equally good reason that it was virtually made in its entirety by one guy in his basement.

And it must be one awfully busy basement because Spiderweb has been churning out RPGs for a long time now.

So let’s do the details:

Your journey begins as a group of four people thrown through a portal, into the subterranean realm of Avernum, for unknown crimes against a cruel government. From there it’s a fight for survival in a fairly typical fantasy style. The game is turn-based, with an isometric perspective. There are monsters to fight, people to talk to and villains to defeat. You have, more or less, standard classes to choose from for your characters, which mostly come down to which stat bonuses you start with and where you fall on the ranged/melee and physical/magical scales.

I’m not going to give you any details of the lengthy storyline here, first because I still haven’t finished it, and second because I wouldn’t want to spoil anything, but I will say it has more going on than most RPGs you see on the market these days. If you check out Spiderweb Software’s website, you’ll see that this isn’t the first, second, or even third title in the world of Avernum. While that may make you think you’re going to find yourself stuck in the middle of an already unfolding story, this edition is a fresh start and only gains the benefit of a fully fleshed-out world to inhabit. Character progression is well thought out, including branching traits as well as your typical stat blocks. While each of your characters will probably begin with a focus on either hand-to-hand combat, ranged combat, magical or clerical spellcasting, you are free to advance in any manner you’d like, mixing and matching to make any sort of hybrid therein.

Where it falls short

You ever feel like you’re one half of a great team that never happened? That you’re a Simon without a Garfunkel? An Abbot without a Costello? A Hilton without a sex tape? I get the sense that Jeff Vogel, lead and only developer at Spiderweb, feels that way too. He’s got great ideas and knows how to program that into a game, but he’s just not a graphics guy, which is unfortunate for the game, but probably a blessing to the wife and kids who want to see dad on occasion. Instead he must rely on farming out that work to others and, while it has clearly improved with each game they bring out, still doesn’t have a cohesive look or the flair of someone dedicated and invested in the project. Some of the improvements that have come with a decade of evolution in the genre should have been applied. The most glaring example of this is the inventory system. Why am I picking up rocks, bones and other junk? Why won’t anyone buy them off me? When will they become useful to me? There’s clearly been some sort of thought put into it, because there’s a junk bag to toss stuff into, but why have all the junk in the first place? What purpose does it serve other than to bulk up a database and make me stop playing to sort through crap after ever few battles? If they do eventually have a purpose make that very clear, very quickly, so that things aren’t dumped that should be kept.

If you like classic RPGs you’ll be right at home. If you’re too young to remember when games weren’t 3D and real-time or perhaps you just can’t see yourself going back to those days, it may not be for you.

If you like story and don’t mind reading a lot then you’ll probably be happy. If you’re used to cinematics and voiceover work, you may find yourself frustrated.

It all comes down to what kind of gamer you are. Are you ready to be thrown into the pit?

Get Avernum: Escape from the Pit at Spiderweb Software

Get Avernum: Escape from the Pit on Steam 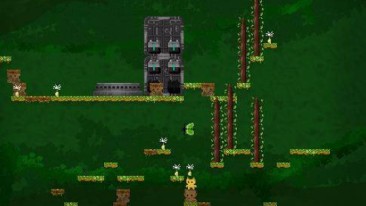 Review: On The Shoulders Of Ancestors – Cute, Morbid Or Both? 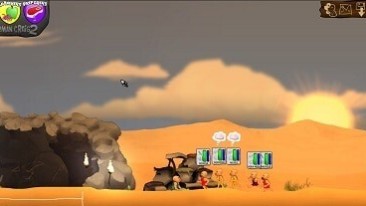