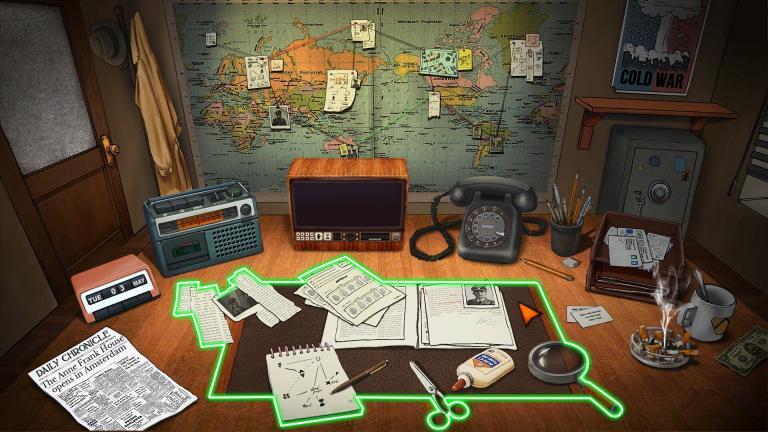 Ashland Dossier concerns itself with a very specific piece of history: the Nazi-hunters like Simon Wiesenthal who, after World War II, tracked down war criminals and brought them to justice.

You can keep your endless World War II first-person shooters, and you can even keep your detailed, historically accurate turn-based simulations of the Atlantic campaign or the Battle of the Bulge. As an aficionado of Cold War espionage stuff and the Nazi-hunters in particular, I’d rather be reading a John le Carré or Daniel Silva novel than play the latest Call of Duty, so I’m grateful that there’s an indie scene big enough to even come up with a game like this, a game seemingly tailor-made for my niche interests. 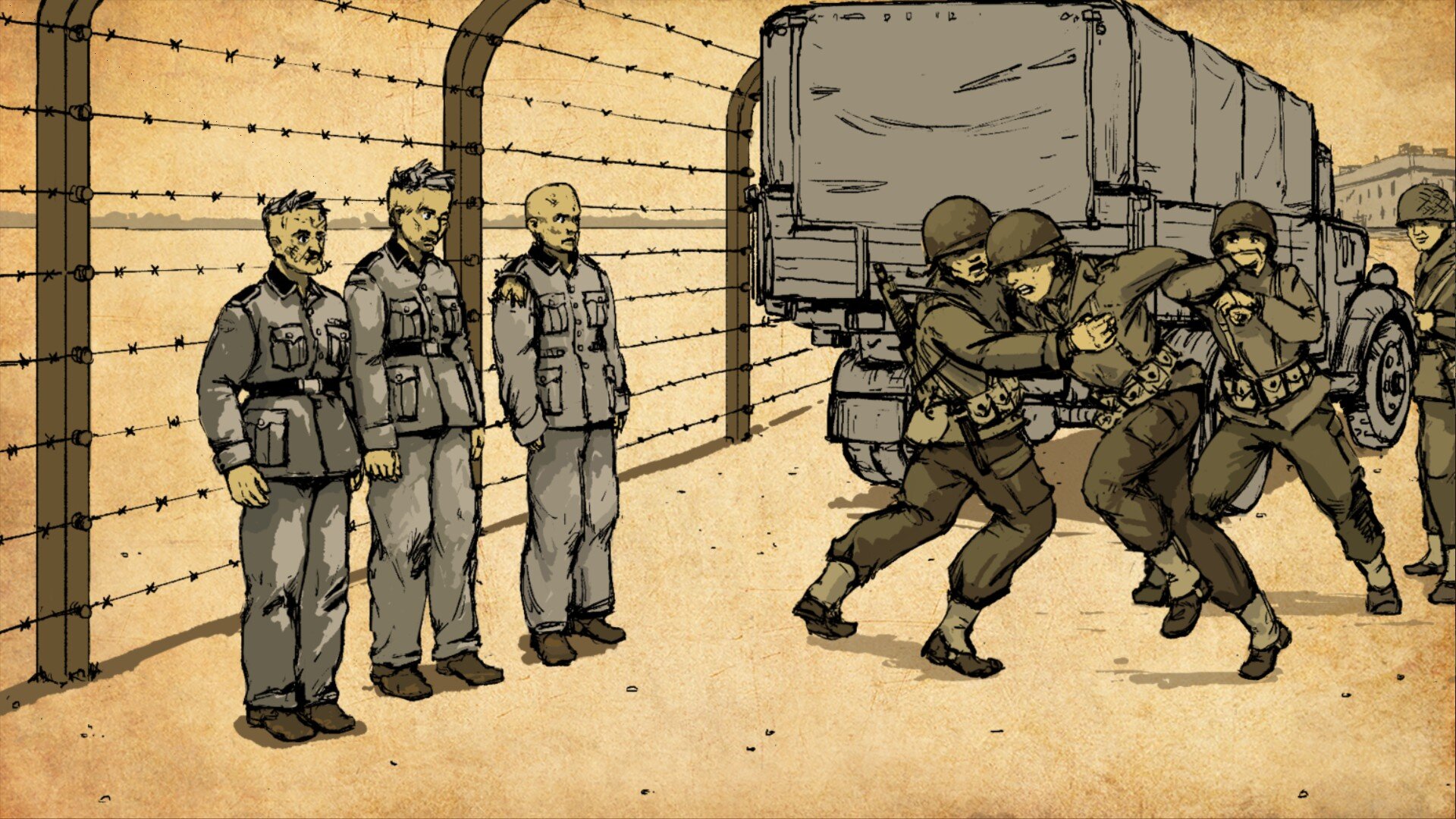 As a former soldier with a reputation for not playing by the rules, you begin as a new recruit for the International Nazi Crimes Unit, and your coworkers include a strict and aggressive boss and an eccentric computer engineer.

While some of the conceits employed seem a little far-fetched – like the idea of a computer that can predict police and suspect movements a la Minority Report existing in the late ‘50s – the writing here is solid enough to a sense of immersion and even a little levity without distracting from the real action: hunting down former Nazis while also putting the stop to a dangerous and emergent neo-Nazi movement, the titular Ashland.

The action – and as this is a completely turn-based puzzle game, I use the term loosely – is built around multiple cases, each taking place via some fairly predictable phases borrowing mechanics from several different genres.

There’s the operations phase, which is a sort of stealth board game thing – I got serious Scotland Yard vibes – about chasing down your suspect to plant bugs or recover data while also avoiding police. 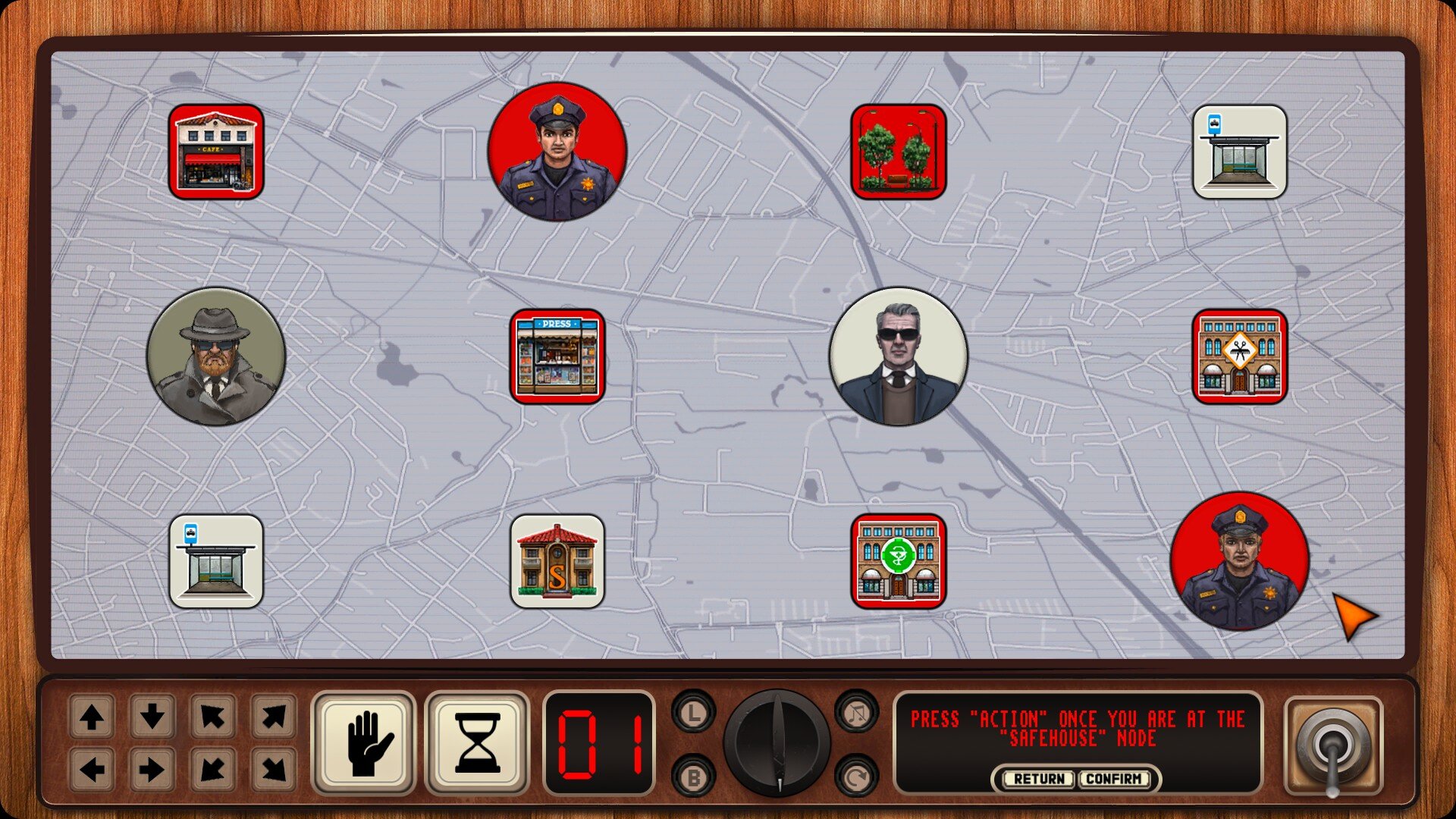 And there’s the decryption phase, which involves actually solving some basic codes and will probably require some out-of-game research into things like Morse code or the periodic table.

I Did Nazi That Coming

I imagine that much like the real work that went into tracking down and prosecuting Nazi fugitives, the “game” part of Ashland Dossier is more frustrating than fun. Despite the predictive recon generated by the aforementioned computer, operations generally end up being a trudging trial-and-error slog, and the inventory puzzles suffer from the vagueness that so often plagues the genre.

And the decryption ciphers were…well, they were hard. And they made me feel stupid, especially when I had to resort to a walk-through during the tutorial mission. 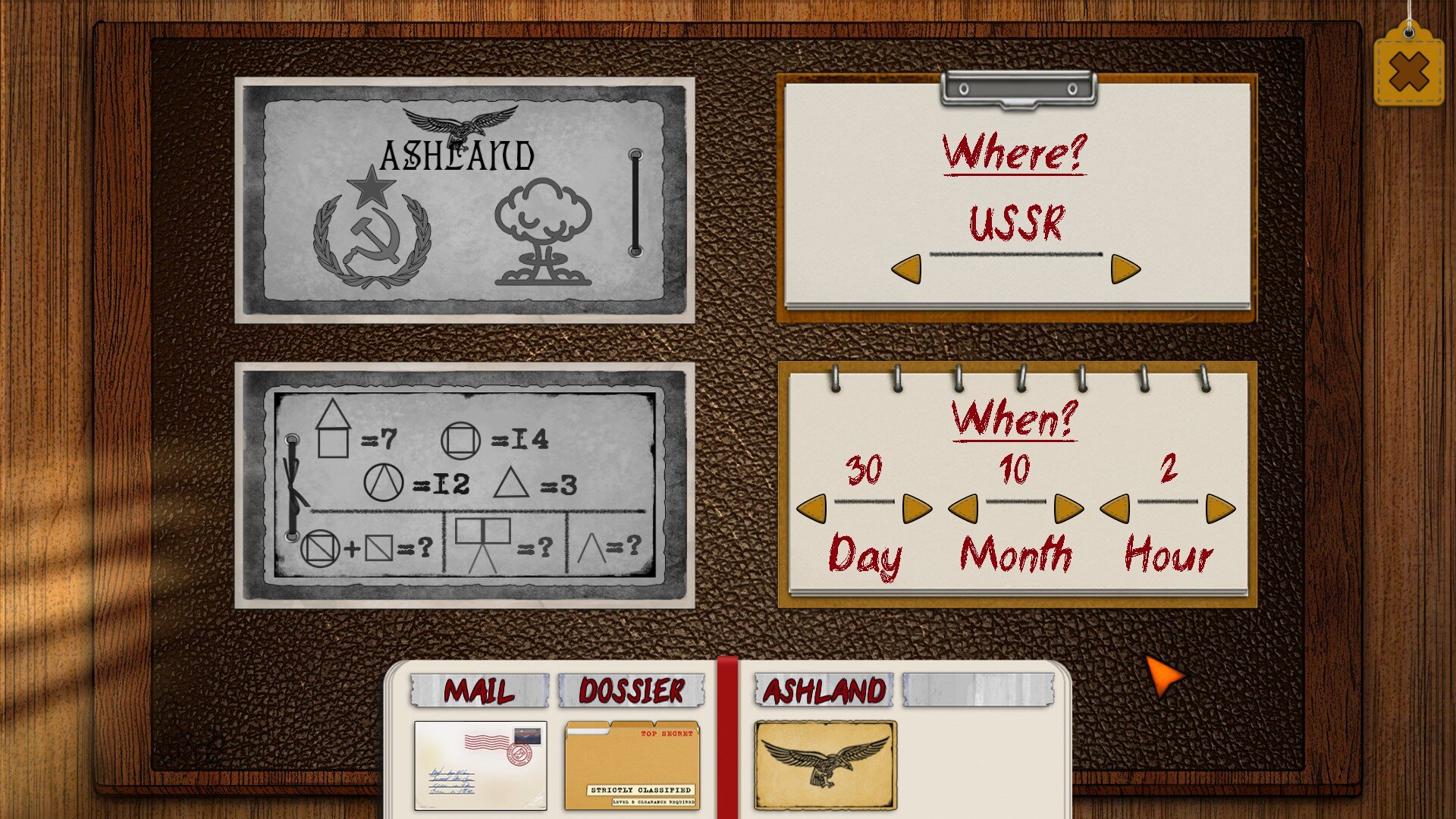 The guy playing the walk-through had a pretty tough time with some of the ciphers, too, so I’m not the only one, but I still don’t love feeling stupid.

It’s to the developers’ credit, then, that I kept going. The story beats, bleak as some of them were – one of the war criminals you track down killed children en masse with flame-throwers, and if that sounds shocking, the atrocities of the historical Nazis were worse – were more than enough reward for me to slog through a bunch of the kinds of puzzles that are absolutely not my thing.

Who Hunts the Nazi Hunters?

A particularly compelling plotline involves some increasingly threatening telephone calls from a mysterious figure from our protagonist’s past, and getting to the bottom of the conspiracy was more than enough bait to keep me alt-tabbing to a walk-through whenever I got stuck instead of just quitting the game altogether. 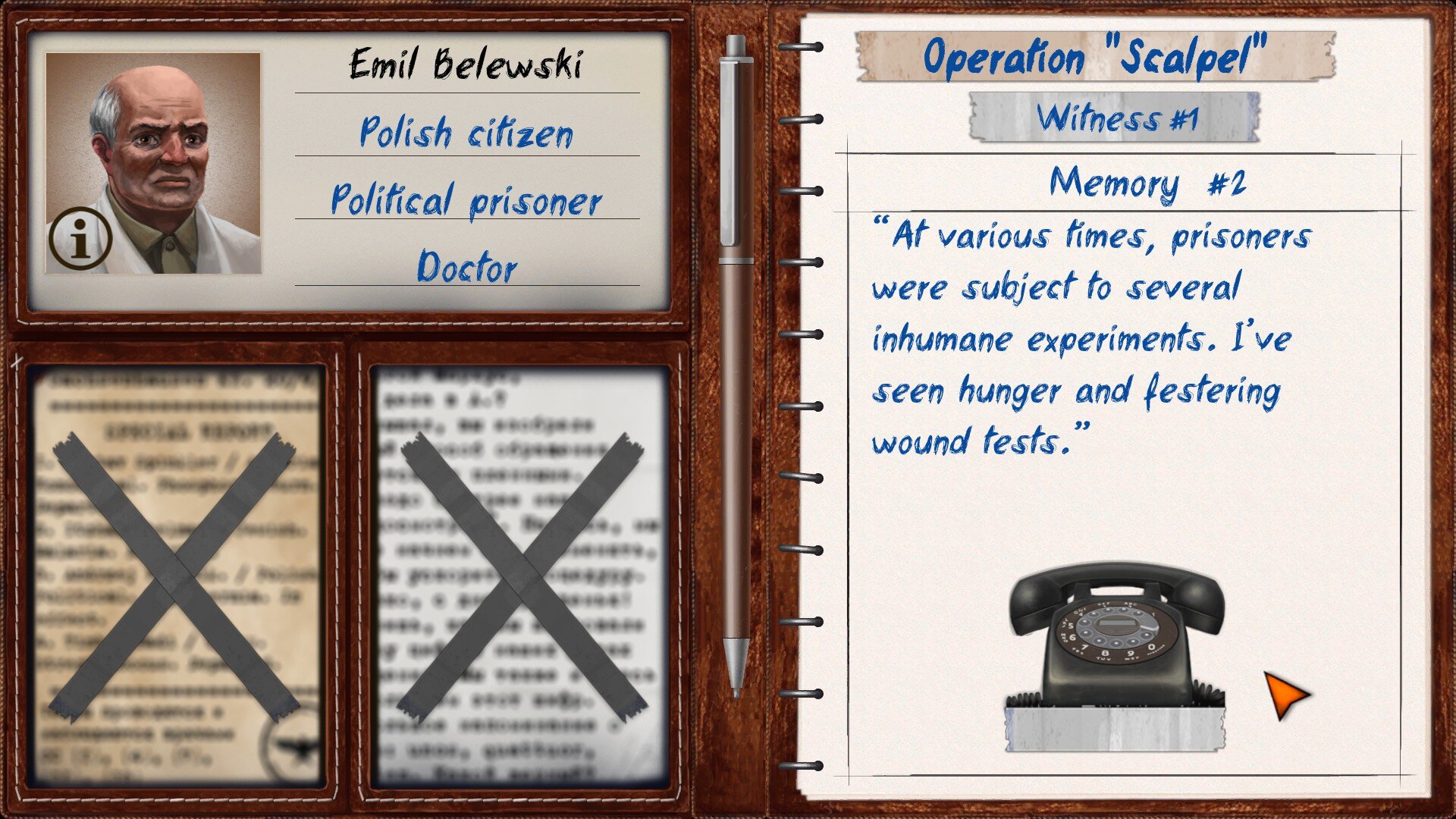 Is Ashland Dossier for everyone? Clearly not, I think. If you aren’t as fascinated as I am with post-war Europe, the disintegration of Hitler’s Germany, and the metaphysical fallout that came after, you might not find this nearly compelling. On the other hand, you might be the sort of player who loves cryptography, in which case the puzzles alone will draw you in.

I’ll probably want to clear my head with some hack-and-slash silliness after this, but even if I didn’t enjoy every minute of Ashland Dossier, I think it’s incredibly cool that it exists at all.

Ashland Dossier is available via the Nintendo Store and Steam.

Watch the trailer for Ashland Dossier below: 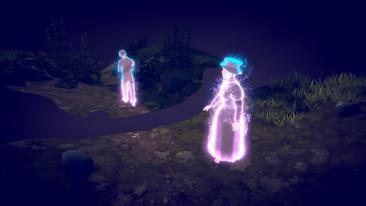 Ghost on the Shore Review – A Haunting Experience