Artificial Extinction describes itself as a tower defense game, and it does indeed share a great deal with the genre.

It does offer its own take, however, with first-person action being a key feature and enemies often attacking in a more generalized pattern than the specific routes classic to the genre. Coupling sometimes frantic action with a focus on rapidly building up defensive turrets, Artificial Extinction strives to provide a tough challenge.

In terms of story, Artificial Extinction treads some well-worn ground; AI has been developed on Earth and, true to form, it’s turned on its creators.

The player is tasked with acting as a vanguard on a new world where the terraforming robots are also compromised, necessitating a ground war to establish a safe zone for new arrivals.

I like the idea of fighting for the new world against an echo of the mistakes made back home, but I do find some of the writing a tad preachy; this game takes its subject matter quite seriously and seems to espouse a strong anti-artificial intelligence message, which is both interesting and also a tad redundant, given the wealth of narratives that cover the same material with various degrees of earnestness. 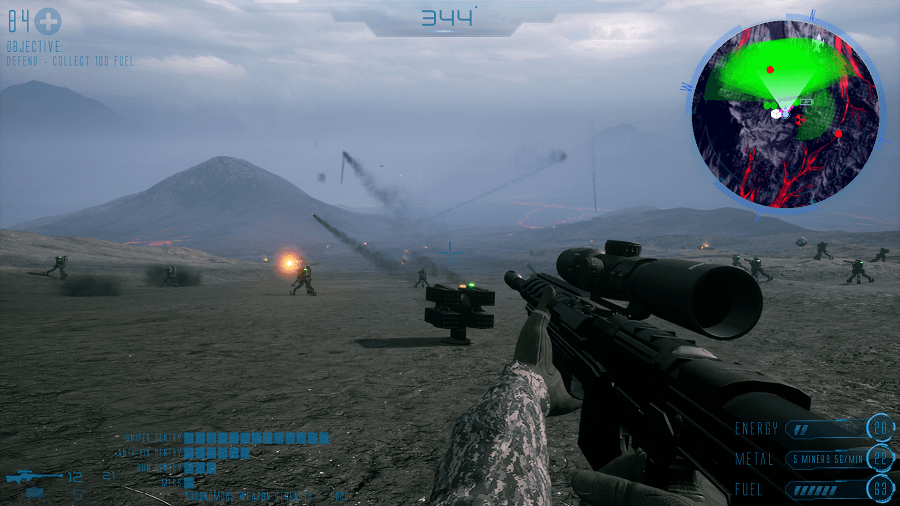 Messages aside, Artificial Extinction crafts a harsh but varied world within which to stage its battles. Each level is set in one of a variety of landscapes across this world, and each time you must defend the area long enough to harvest fuel for the journey to a new location on the planet.

Three resources must be gathered: fuel for the mission itself, metal for building defenses, and energy for powering them.

The defenses themselves largely take the form of turrets. The most basic version is a sniper turret designed for long-range engagement.
If the enemy gets too close for these weapons (thanks to terrain or other forms of cover), the rapid-fire but short-ranged gun turret is needed. AA turrets provide flexibility for airborne targets, while a powerful missile system can provide a powerful surge of destructive power with limited ammunition per map.

Collectively these weapons systems provide a wide array of options, each of which is essential for success in any given mission. These are all supplemented by claymores, a rifle and the ability to call in an airstrike once per mission.

The enemy itself is largely made up of quadrupedal tanks and airborne drones armed with a selection of weaponry. The AI is, ironically, fairly simple; enemies will march relentlessly towards your lines, prioritizing your turrets unless you get too close or become the only remaining target.

Many levels, however, do feature surprise vectors of assault that need to watched carefully and prepared for, lest they catch you off-guard.

A World Worth Defending

Artificial Extinction is visually stunning with no lack of variety between missions. The world features landscapes ranging from empty wastes to beautiful tundras and golden deserts.

This, combined with the chaos of missiles flying overhead and AA batteries firing off rounds can make for quite the sight. A solid selection of punchy music tracks helps to back this up, and sound effects are on point for the many weapons in the game.

Artificial Extinction is an interesting entry in a genre that doesn’t seem to be getting much attention these days. That it manages to combine the satisfying building of tower defense with a dazzling visual spectacle is impressive.

I would have liked to have seen more building options – walls would make for a nice addition to provide some cover and a greater sense of a perimeter – but for the most part, this is a solid title for tower defense fans looking for a challenge.

Artificial Extinction is available via Steam. 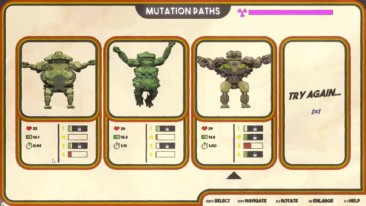 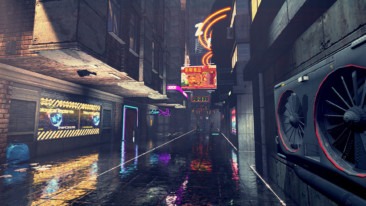