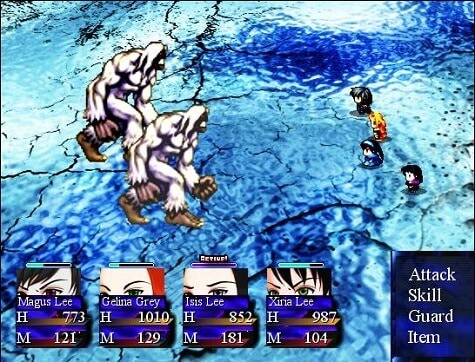 Enter a world of shadowy intrigue where stained pasts collide with the present in an explosive confrontation that will define one young man’s dark destiny, as he attempts to thwart the machinations of an evil beyond all imagining…

Chronicles of a Dark Lord’s first chapter is a solid and engaging JRPG themed creation, though there are some questionable design choices.

Prologue of Back Story

For well more than a decade, the RPG Maker series from Enterbrain has provided the tools to create RPG titles easily, while allowing for more advanced users to augment the gameplay experience via the Ruby-based script editor. Though there are a great deal of resources that ship with the engine, there is also a wealth of community-generated resources and scripts, all of which can be imported for use. Enterbrain also allows for anyone who has purchased the creation tool to sell the games that are created with it. Chronicles of a Dark Lord has been created using RPG Maker VX.

Paragraph One – Legends of Fantasy

Magus Lee lives under the thumb of his father, who is a brutal overlord. Desperate to prove himself worthy of inheriting the throne, he follows his father into battle. It is here that he is imbued with immeasurable amounts of dark energy. He slays the opposing army…and then defeats his father…and then somehow loses a bunch of subsequent battles. He is stripped of his powerful dark magic after falling out of the favor of the dark lord. He retreats to nurse his wounds, setting up his own kingdom and starting a family. After a few years pass, Magus discovers that his own kingdom will soon be attacked, and must make preparations for battle. Magus must journey to distant kingdoms and find allies who will stand with him against the looming onslaught.

Chronicles has a heady storyline, filled with politics and drama. While the story certainly does not lack imagination, it teeters towards being verbose, and it can lead to some head scratching moments. High, dignified speech is used by most characters, but it is often broken up with words like “asshole” or expressions like “kick their asses”. It is certainly used with the intention of comic effect, but the contrast is jarring, and it comes off feeling juvenile. Run-on sentences in dialogue windows are frequent, and commas are a rarer find than mega-elixirs.

Chronicles manages to recreate the essence of such early sprite based JRPG titles as Final Fantasy IV through VI. The world map is angled, much like the way Final Fantasy titles made use of Mode 7 background layer rendering on the SNES. The story progresses in a linear fashion, so most areas will only have a port, a town and a castle to visit.

Paragraph Three – The Battle of Confrontation

Standard enemies are encountered randomly on the world map and in dungeons, and the ensuing battles are presented from the side view with the character sprites on screen (far preferable to the RPG Maker default first person view, IMHO). All actions are turn based, and an ATB timer gauge is employed.

The boss battles are one of the game’s strongest elements, featuring challenging, balanced enemies that may require a few attempts to defeat. They will force to player to keep the ATB in mind while planning the next round of attacks. One missed opportunity to use a “heal all” spell can spell doom in the subsequent round.

One has to go no further than the start of the game to witness some of the quirky (and sometimes off-putting) design choices: The title screen contains 5 individual fonts, making for a cluttered and awkward presentation.

Though the games menus and text windows don’t share the same level of mish-mash, there are still instances when a character face tile is clearly imported from a different set, unintentionally blurring the fourth wall. On the other hand, many of the face tiles are almost identical, and a great deal of characters have the same shape to their faces, with only slight changes in hairstyle and eye color to differentiate them. Granted, many of the characters are related (Magus gets with ALL the ladies), but the same applies to unrelated characters. Additionally, a few of the face tiles appear to have undergone a crude Photoshop smudge effect, leaving some outside lines smoky while others remain intact.

Towns, castles and dungeons are designed well, and all feel unique. Given the size of these areas, it is advisable to engage the “auto dash” feature in the settings menu just to speed things along. Towns and castles are all loaded with NPCs full of relevant snippets of dialogue. To get the full effect of the game, take the time to engage all NPCs in conversation. Some will offer up lucrative side quests, while others may try to take a swipe at the evil Magus.

The world map feels a little sparse, especially given the level of detail that was put into towns and cities. There was also this nifty little glitch:

For all its shortcomings, Chronicles of Dark Lord contains a great amount of content for the price. The story is engaging, the boss battles are inspired, and there is enough hidden bonus content to keep fans of SNES era JRPGs clickety-clicking away at every sconce, crate and teddy bear.

Kisareth studios certainly has a love of the genre, and this is best displayed in the rich story and realm that they have created. Though RPG Maker VX has provided the stage, the modifications made by Kisareth Studios, combined with the highly political fable elevate it above many other RPGS on offer. There is a minimum of 15 hours worth of gameplay, and future chapters are already in development.

The full game costs USD $4.99. There is also a free trial available at their website. 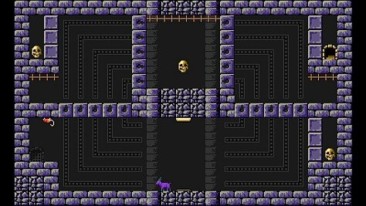 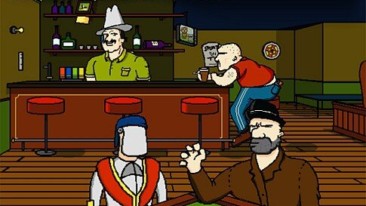 Da New Guys: Day of the Jackass – a review of Wadjet Eye’s latest